Released in August last year, the Samsung Galaxy Watch 4 is the latest smartwatch by the South Korean manufacturer. That being said, the smartwatch offers significant upgrades in terms of functionality and aesthetics.

However, the major changes lie on the software side of things with Samsung opting for Wear OS with One UI over their in-house developed Tizen OS. Wear OS 3 brings in many useful changes and is a notable upgrade over the previous version of the operating system. From Always on Display not working to users being unable to add cards to Google Pay, the Galaxy Watch 4 series has had its fair share of bugs and issues.

And now, Samsung Galaxy Watch 4 users are saying (1,2,3) they are unable to use the tap to wake feature in battery saver mode after the recent One UI 4 update based on Wear OS 3.2.

Many are frustrated since they are unable to turn on their screen by tapping or touching it. This is causing confusion with some thinking their screen is not working because it is not turning on.

Here are some reports from Galaxy Watch 4 users who are unable to use the tap to wake feature after the latest update.

If you use Power Save mode, the display no longer comes on when you touch it, even though the settings are correct. This didn’t happen before the update. Performed a factory reset and still have the same issue with the screen coming on .
(Source)

I updated my Galaxy Watch 4. Now when it is on power saving mode it isn’t responding when I tap to wake the screen. All of the correct settings are turned on, I’ve restarted the watch and even reset it. It only wakes in power saving mode when I press the power key. Is this happening to anyone else?
(Source)

Unfortunately, Samsung is yet to officially comment on the matter. But a user claims Samsung is allegedly aware of the issue and that it will be fixed in the next update.

Well, I just got a reply from Samsung support that they are aware of this issue and it will be fixed in the next update.
(Source)

We hope Samsung resolves the issue where the tap to wake is not working for Galaxy Watch 4 users as soon as possible. Nonetheless, we will be keeping an eye out for more information and update this article as and when required.

In the meantime, make sure to check out our Samsung One UI Watch update and bug tracker to see similar issues. 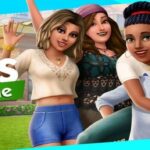