The whole smartwatch scene has been dominated by the Apple Watch, a piece of tech that works very well for those invested in the Apple ecosystem.

On the Android side of things, it’s been a hit or miss for the most part with no single product that checks all the boxes. But if the OnePlus Watch taught us anything, it is the fact that Google’s Wear OS still reigns supreme, its shortcomings notwithstanding.

Wear OS’ integration with Android is as close as we’re ever going to get to replicating the kind of experience that iOS users enjoy with the Apple Watch.

Recently, we’ve seen the company finally come out to name the next generation of Wear OS that was teased back at Google I/O 2021, a unified smartwatch platform that’s now dubbed Wear OS 3.

While we might not see this version of Wear OS rolling out to smartwatches until the second half of 2022, we have an idea of a few of the eligible watches.

Seeing just how drastic the changes to WearOS 3 are going to be, it has been a point of worry for many current Wear OS users about the fate of their units.

If they’re not going to get updated to Wear OS 3, what will become of current Wear OS devices and their software update support?

Well, Google has confirmed that the existing Wear OS smartwatches will continue to get updates for a minimum of two years from the device launch. For all other Wear OS smartwatches and those of you who choose not to upgrade your device, we are committed to bringing new app experiences, like the recent updates to Gboard and Google Play, as well as maintaining security updates for a minimum of two years from device launch.
Source

With this, users might still want to consider existing Wear OS smartwatches as they will still be viable for many more months. However, anyone in the market for such wearables might also want to hold off until the first Wear OS 3 devices hit the shelves.

This, as Wear OS 3 promises many improvements to the platform including better battery life, better optimization, essentially a complete overhaul.

What are your thoughts? Do you think you will be buying a Wear OS 2.0 smartwatch knowing that its software update support is secured? How long do you keep your smartwatches? Tell us in the comments section below.

NOTE: We have these and many more Wear OS stories in our dedicated Wear OS section so check it out for more. 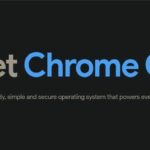