Original story (published on May 14) follows:

As for the left out devices, Nokia 5.1 Plus – Android 10 internal beta for which leaked alongside Nokia 8 Sirocco that got upgraded weeks back – hasn’t been updated yet. HMD’s Chief Product Officer, Juho Sarvikar recently revealed that the update will be released “soon” after the developers fix the WiFi bug. Aaand looks like, that will take more time, as instead of Nokia 5.1 Plus the OEM is currently pushing the Android 10 stable update to Nokia 3.1 Plus devices. FYI Nokia 3.1 Plus was basically the last of 7 promised Nokia devices that were to get upgraded in the early Q2, as per the roadmap.

And the wait is finally over for them. Going by the official announcement post, the update will hit the devices in a phased manner, and the rollout will complete in the coming weeks. Apart from Nokia 5.1 Plus, the devices due to be upgraded in this quarter are Nokia 2.1, 3.1 and Nokia 1. Like always, we’ll be keeping a close watch on all related developments and will let you know as and when Android 10 hits these devices. So keep a tab on this space.

The download link is now available for the Nokia 3.1 Plus Android 10 update. Those not interested in waiting for the OTA can install it manually.

P.S. Thos of you curios about Android 10/R on their Nokia unit can heck the device eligibility by heading here.

The recent Android 10 update for the Nokia 3.1 Plus brings in an issue wherein push notifications don’t show up. Head here for more coverage.

For those of you not interested in waiting for the Android 10 OTA to hit their units, here’s the download link for manual installation.

Wave 2 rollout for the Nokia 3.1 plus has begun. Head here for the official announcement. 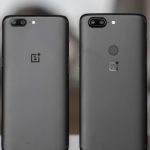 Xiaomi Mi A2 Android 10-based May security update arrives