HMD Global has the most devices in Google’s Android One program. The major highlights of this program are a clean, near-stock Android version and timely software updates, both minor and major OS upgrades.

Although not as timely as we’d imagine, HMD has been good at keeping its promise of timely software updates. Monthly security patches aside, the Finnish company has already upgraded four of its devices to the latest Android 10.

The Nokia 8.1 got the nod ahead of everyone else before being joined by the Nokia 9 PureView and later the Nokia 7.1. Not long ago, the stable Android 10 update started rolling out to the Nokia 6.1 Plus, the first of the second batch of Nokia devices in line to receive the new OS.

Arriving as version V4.10C, the incoming Nokia 7 Plus update weighs in at 1422.3MB and besides the new OS, you also get an updated December security patch, which isn’t the latest by all means.

Below is a summary of the changes the new Nokia 7 Plus Android 10 update brings:

1. Dark mode – Take it easy on your eyes.
2. Smart reply – Save more time with recommended actions.
3. Gesture navigation – Get around with a swipe and a pull.
4. Additional controls for privacy and location.
5. Google Security patch (2019-12).

The Nokia 6.1 Plus update to Android 10 removed the face unlock feature. Whether this will also be true for other Nokia devices that had the feature in Android Pie remains to be seen. According to Nokia, the removal of the feature is in line with Google’s security measures.

Since the rollout has just started, it will take several days before the Nokia 7 Plus Android 10 update spreads to more regions/units across the globe, so stay patient as you wait for your turn. 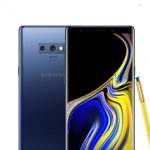