It’s only a few days ago that the stable Nokia 3.1 Plus Android 10 update started rolling out. Matter of fact, the OS has yet to reach quite a good number of device owners in various parts of the world.

In the official announcement post, HMD Global mentioned that Android 10 will roll out to the Nokia 3.1 Plus in waves. Today, May 18, the update should reach all units in the markets included in the first wave of the rollout.

We will update this post when Wave 2 is on roll out.

The second wave should begin this week, but Nokia hasn’t confirmed the date. But as it stands, you might want to count yourself lucky in case your Nokia 3.1 Plus hasn’t received the update to Android 10 yet.

As per the latest reports, it appears there is a Nokia 3.1 Plus notification issue after Android 10 that is frustrating owners of the device. Apparently, notifications aren’t popping up as usual, but they show up once affected apps are opened.

Hi, nokia 3.1 plus user , I just updated my mobile to android 10 only to find the push notifications for essential third party apps (whatsapp) not working, I am a working professional and need to instantly reply on Whatsapp. Find the fix.
Source

Whatsapp and Facebook Messenger are not showing notifications after Android 10 Update on my Nokia 3.1 plus. Please Help….
Source

I updated my nokia 3.1 plus to android 10 now I’m not getting whatsapp notification until I open the app
Source

So far, reports indicate that affected apps include WhatsApp, Facebook, Twitter, Gmail, and probably several more. Considering the numbers behind these apps, Nokia will have to act fast and fix this issue before the second wave of the rollout begins.

It’s likely the Nokia 3.1 Plus notification issue after Android 10 update isn’t the only one device owners are experiencing, but this one definitely looks widespread going by the many reports popping up in the official Nokia community and other platforms.

HMD hasn’t acknowledged the bug yet, so we can’t really tell if and when it will be addressed. We will keep an eye on the developments and update this story when the fix is released. 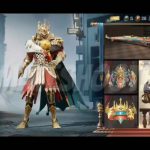