The Nokia 8.1 Android 10 update started rolling out to the masses a few days ago. The rollout started more than a month after the Google Pixels received the stable version and nearly three weeks after OnePlus pushed the update to the OnePlus 7 and 7 Pro.

Nokia 8.1 first saw an update to Android 10 back in the day when it was called Android Q. The device was included in the early beta testing program that started in May shortly after the Google I/O 2019.

Despite owners of the Nokia 8.1 having waited for months before the stable version rolled out even though the device is an Android One handset, it seems Nokia wasn’t able to do away with all possible bugs and issues in the stable version.

FYI, the first stable version of a major OS upgrade is usually meant to taste the waters as the company examines the performance of the software on a large scale. As it stands, this is what the first Nokia 8.1 Android 10 update was meant to be.

Early adopters of the OS on the Nokia 8.1 are now raising concerns about a flurry of bugs on the device, among them the speaker issue.

Whenever you remove the wired headphones from the phone, the speakers won’t work and it is pretty much annoying since you have to restart the phone to resume normal functioning.

…Nokia 8.1 Android 10 has a bug, whenever I am removing headphones the phone speaker are not working until I switch off the device. Kindly look into it, looks like a software bug.
Source

Anyone facing this problem after updating to Android10 on Nokia 8.1, after removing the headphones the speakers won’t work??? Any solution ☹️
Source

Apparently, the speaker bug isn’t the only issue after the Nokia 8.1 Android 10 update. There are plenty other issues ranging from display staying yellowish after playing HDR video and excessive battery drain on standby mode all the way to third-party apps force-closing while still in use and Bluetooth connectivity issues.

After updating to Android 10, I noticed that the fingerprint reader is very slow to respond. Also, Mute on pickup doesn’t work as it should.
Source

Interestingly, though, some Nokia 8.1 units aren’t experiencing these Bluetooth issues after Android 10, but for those affected, we hope that HMD will soon push a bug-fixing update to iron out any kinks in the initial Nokia 8.1 Android 10 update.

We will keep an eye on future Nokia 8.1 software releases and update you when these issues are addressed. To be sure that you don’t miss out on this and other Nokia stories, tune in to our Nokia section. There’s also more related coverage in our Android 10 section. 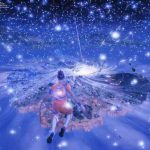 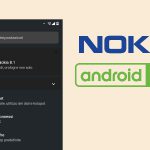