Fortnite is one of the most popular battle royale games on the planet. Fortnite was released on July 21, 2017, and since then the game is ruling the Twitch charts. Fortnite Season 10 is currently underway, and it has added many new elements to the game.

Today, Epic Games has shared a teaser that hints towards the crossover between Borderlands 3 and Fortnite. The artwork shared in the official tweet reveals a mosaic-style Borderland character. The possibility of crossover cannot be denied as Epic Games has collaborated with many big franchises in the past, including Marvel, Stranger Things, and many more.

Epic Games will also release update v10.20 for the game today. It is expected to bring a lot of changes to the game. In Fortnite Season 10, we have already seen the addition of Brute vehicle and Junk Rift item.

Speaking of Junk Rift item, it has been disabled from the game. Epic Games removed the Junk Rift item from the game yesterday, but did not disclose the exact reason for its removal. You can find more details on this matter by heading here.

Today update will add a new item ‘Shield Bubble’ to the game. The description of the item reads, “This is one bubble ‘that’s not easy to burst. Shield yourself from projectiles with this protective dome.” This means it can protect players from incoming grenades and other projectile-based attacks.

It will be interesting to see for how much duration the Dome Shield will protect the players from the incoming projectiles. The use of Shield Bubble at the end of the match can also change the course of the battle, as it can protect a player from rocket launcher attacks.

02:38 pm (IST): Many users are now reporting (1, 2) that Fortnite servers are currently down or not working for them.

However, Fortnite support has already confirmed the downtime in preparation for the v20.30 update.

05:08 pm (IST): Fortnite has confirmed that the downtime has now ended. Also, we haven’t come across any fresh user reports on Downdetector, which further confirms the recent outage has been resolved.

12:41 pm (IST): Fortnite is again down or not working for many. And those affected have taken to Twitter and Downdetector to raise their complaints.

Unfortunately, the support team hasn’t yet acknowledged this issue. However, we will keep tabs on the latest development and inform you as and when anything noteworthy comes up.

01:54 pm (IST): Fortnite status has acknowledged the outage with Fortnite and said that they are currently investigating it.

01:59 pm (IST): Fresh user reports on Twitter now suggest that Fortnite is again down or not working for many. Moreover, reports on Downdetector also confirm the same.

However, Fortnite support had already informed players that their servers will be down in preparation for the v20.40 update. So, this explains the current outage with Fortnite.

07:31 pm (IST): Fortnite has confirmed that the downtime has ended. This means that the recent outage with the game should now be resolved.

10:34 am (IST): Many users have taken to Twitter to report that Fortnite is currently down or not working for them. Moreover, reports on Downdetector also suggest the same.

07:10 pm (IST): According to reports on Downdetector, the recent outage with Fortnite has now been resolved.

01:50 pm (IST): Fortnite is currently down and not working for players as highlighted by many reports on Twitter. Reports on Downdetector indicate that the servers have been down for the past few minutes.

10:33 am (IST): The issue causing players to get stuck when attempting to login has been fixed, as confirmed by Fortnite on Twitter. 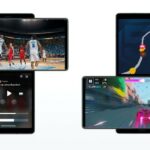