Epic Games has announced on Twitter that Fortnite v10.20 patch will go live today. There is also a scheduled downtime at 4 AM ET, and during downtime, matchmaking will be disabled for the game. Fortnite update v10.20 is expected to bring a lot of changes to the game. Also, a new item called Shield Bubble will be added to the game.

The new item has already been teased in the game’s news feed. It has also revealed its description, which reads the following: This is one bubble that’s not easy to burst. Shield yourself from projectiles with this protective dome.

To use the shield bubble, players will have to throw it like chug splash. The item will activate a protective layer or bubble around the player for a specific period which will deflect and absorb the damage from incoming explosives and other projectile-based weapons.

The bubble is likely to burst out after absorbing some specific damage. We will get to know more about this item when the update arrives today. The update will also bring in some map changes to Paradise Palms where the Rift Beacon is activated. The things that are likely to come along with Fortnite update v.10.20 have been listed below.

The upcoming v10.20 update is likely to include the following:

Fortnite Paradise Palms location is expected to go under some significant changes as the Rift beacon is activated at that location. We can also see the return of Moisty Mire in the upcoming update. As in Fortnite Season 10, many old locations have returned to the game, including Dusty Depot and Factories.

For a quick refresher, Fortnite Season 10 went live on August 1, 2019, and it brought many new items to the game, including the controversial Brute vehicle which has been nerfed in the August 22 update. We can also see some more balancing coming for Brute in the upcoming update v10.20.

Fortnite v10.20 patch notes have arrived which have revealed all the details regarding the new item Shield Bubble. Mentioned below are all the stats for the new item.

Fortnite update v10.20 has brought chaos to the Fortnite world as inhabitants of Pandora have found their way to Fortnite. They have also brought the characteristics of their planet along with them. Fortnite X Mayhem event is now live in the game and will stay live until September 10.

Pandora Rift Zone has also made its entry on the Fortnite map, and its atmosphere is similar to Pandora world. The limited-time event also brings in Fortnite X Mayhem challenges to the game. The completion of those challenges will give rewards to players. 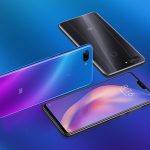 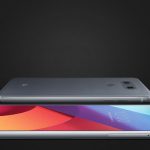 LG G6 getting May security update in August, still no Android Pie 9.0