10:20 am (IST): The Android 11 Stable Fastboot ROM is now available for Poco M3 users in Europe. This means that the company will soon begin a wider rollout for this update. Mobile Legends: Bang Bang unable to use Argus Ultimate when suppressed a nerf & not a bug, says forum mod 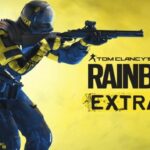