Xiaomi has been quite busy with the MIUI 12 update rollout schedule. With the second round of the schedule already done with, the OEM is now looking forward to the third round. However, Xiaomi is also working on the Android 11 update simultaneously.

While the likes of Redmi K30 Pro and Mi 10 series have already received the MIUI 12 beta stable update, Xiaomi might be expanding the Android 11 soon. As per recent reports, more devices are likely to get the latest OS update in the near future.

The Xiaomi & MIUI News Telegram channel recently made an announcement which stated that the Mi CC9 Pro (aka Mi Note 10), Redmi K20 (aka Mi 9T), and Redmi K30 (aka Poco X2) have been temporarily suspended from the update version 20.9.21 due to the major Android version being upgraded.

As the major version of Android is being upgraded, Redmi K30, Xiaomi CC9 Pro, Redmi K20 will be temporarily suspended from 9.21, thank you for your understanding

This clearly suggests that the internal testing of the aforementioned devices might be nearing its completion and the OEM might soon release at least the Android 11-based MIUI 12 beta stable update for these devices.

This is still based on our speculation but we would like to believe that this might transpire because the OEM is known for providing such release notes before providing any major updates. That said, we will keep tracking this for further development.

Meanwhile, you can check out our dedicated Xiaomi Android 11 update tracker to stay updated on the topic. Also, be sure to go through our MIUI 12 update tracker if your Xiaomi device is yet to bag the latest custom skin.

As we had reported earlier, the Android 11 update was being tested internally for the Mi CC9 Pro. Now, Xiaomi has released the first public beta update for the device in China as MIUI 12 beta 20.10.14 for those who wish to test Android 11 on the device. 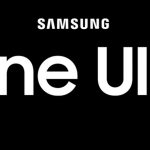