The Redmi K30 4G released in December last year with Android 10 onboard along with Xiaomi’s MIUI 11 skin and has been in line to receive the update to Android 11.

For its price, the Redmi K30 4G has a lot to offer such as a 120Hz LCD panel, the Snapdragon 730G processor coupled with up to 8GB RAM, and a quad-camera setup with a 64MP primary sensor.

The device is sold with the Poco X2 moniker in global markets and Poco had announced earlier that the Android 11 update for the device will be available soon.

But for unknown reasons, the company failed to deliver the update. That said, Xiaomi still has the most devices of any non-Google OEM that have received Android 11 via beta or stable channels.

Joining to its growing list of Android 11 eligible devices that are receiving the update is the Redmi K30 4G. But the update isn’t just yet available for the public via an OTA update.

This is because Xiaomi has brought Android 11 for the device through the MIUI 12 beta 20.10.19 nightly build. Weekly public betas are released for everyone in the beta program via OTA every Thursday.

However, development is always ongoing throughout the week, which is why we also get nightly builds.

All that is added in nightly builds eventually culminates into a weekly (Thursday) build and later into a stable build.

Nightly builds are not available as OTA updates, not even to those in the public beta testing program. But these builds can be manually installed over older weekly builds.

Therefore, for those Redmi K30 4G users who are already in the public beta program, all you need to do is to install the MIUI 12 beta 20.10.19 nightly build manually to get Android 11.

However, others can expect to get the Android 11 beta update on the Redmi K30 4G on Thursday this week.

Of course, it’s worth mentioning that this is not guaranteed. It’s possible that the public beta update for the Redmi K30 4G may get delayed due to a number of reasons.

So we will have to wait for more details to make any further comments. Nonetheless, users in the beta program can download the update via the link below:

While it’s certain that the beta update to Android 11 for the Redmi K30 4G is coming soon, the same cannot be said for the Poco X2.

As of now, Poco has not shared any further details on its plans to release the beta for the device.

But considering that the Redmi K30 4G has received it, it should not take too long before Xiaomi — or rather Poco — rolls out the beta for the Poco X2.

After all, the company, back in July, did announce that Android 11 is “coming soon” for the device.

So we will continue tracking the situation and will post an update once the Android 11 beta goes live for the Redmi K30 4G (Poco X2) officially.

In the meantime, stay tuned to our dedicated tracker for all details regarding the rollout of Android 11 on Xiaomi devices.

Further, you can also visit our consolidated tracker for the release of Android 11 from all major OEMs and carriers to know when a device bags the latest Android version.

It now seems that Xiaomi has released the Android 11 beta update for the Mi 9T/Redmi K20 via the MIUI 12 Closed Beta version 20.10.20. So users already in the beta program will get Android 11 via the OTA update.

The stable update to Android 11 is now live for the Redmi K30 4G in China, suggesting that its Poco X2 counterpart will soon receive a similar update as well. Below is a summary of the changes:

We also have the download link for manual installation: 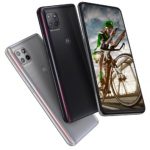