Poco is now an independent brand, but only on paper. As it stands, the company still depends on Xiaomi for certain things, MIUI software among the high profile ones.

Of course, most of our readers expect Poco to take the Realme route and perhaps develop a Poco UI to run on top of AOSP, although Poco is not sure about if and when this could materialize.

The information above was revealed in a past interview with Poco India country director, Anuj Sharma. Now, fresh info is coming in from Anuj courtesy of the latest Poco AMA on YouTube — episode 1 of season 2. For the uninitiated, Poco holds these regular AMA sessions on YouTube where executives respond to most common user concerns about Poco products.

In the latest edition, we get to learn about the company’s immediate Android 11 update rollout plan as well as when Poco Launcher users can expect support for Android 10 gestures, animations and bug fixes.

First up is the concern regarding the support for Android 10 gestures, animations and bug fixes for Poco Launcher users. In response, Anuj says devs have just returned after New Year celebrations and are now working to add the said functions as well as address any issues raised in the past.

The Poco Launcher recently received an update that added support for overlapping app icons, but still based on the aging v2.x. Even so, not everyone is a fan of the launcher.

As for when the said changes can be expected, Anuj says an update on the same will be available soon, especially now that devs are actively working on the launcher. Apparently, the Poco X2 is currently testing Android 11 update, something we already knew about. Although Poco doesn’t share a detailed timeline, Anuj mentions that the update can be expected within the next few weeks.

When it arrives, the Poco X2 will get it first followed by the Poco M2 Pro thanks to its close ties with the Redmi Note 9 Pro that has already bagged the update in India.

The standard Poco M2 will then follow suit, probably a month or two from the time of rolling out the first Poco Android 11 update, Anuj notes.

Poco is also expected to update several other devices to Android 11, although release date details remain unknown. To stay close to the developments, do keep an eye on our Poco Android 11 update tracker.

But of course, we will also follow up on the topic and let you know when your specific Poco device bags the OTA to Android 11 as well as support for gestures and animations in Poco Launcher.

If interested in the entire Poco AMA video that also sheds light on plenty of other stuff, check it out below.

[Update: Fix in works] YouTube link preview not working on WhatsApp and other similar apps for many 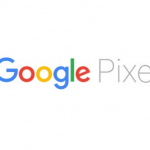