After successive years of massive changes, Android is at a point where most will agree that it has matured. The latest Android 11 OS is more of an update than an upgrade from the previous Android 10.

While we have come to associate new Android versions with a flurry of changes to the UI and core functionality, you might want to tone down your expectations if at all a drastic overhaul compared to older versions is still high on your list.

Today, the only way that guarantees plenty of new UI tweaks, features and changes to the core functionality of Android is going for a device with one of the customized Android skins on the market.

Talk of Samsung’s One UI, Huawei’s EMUI, Xiaomi’s MIUI, Oppo’s ColorOS or even Vivo’s Funtouch OS, just to name but a few. These are just some of the popular Android custom skins, but there is more.

Matter of fact, recent times have given birth to a number of new skins courtesy of the moves various OEMs are making in the smartphone market as they aim to close the gap between them and Samsung at the helm.

For instance, Honor, a sub-brand of Huawei, contributes massively to the total smartphone sales the company makes annually. However, Huawei insists that we treat Honor as a separate entity.

The same applies to Oppo. For the uninitiated, Realme is Oppo’s sub-brand whose devices initially had ColorOS on top of Android but switched to Realme UI with the launch of Android 10.

Vivo does the same with its iOOQ series of devices that use iOOQ UI and not the company’s well-known Funtouch OS. And from recent developments, it appears that Poco, a sub-brand of Xiaomi, maybe exploring similar avenues as well.

We already know about the JoyUI skin that runs on top of the company’s gaming-centric Blackshark phones, albeit with some elements of MIUI.

Until recently, the Poco family of devices has always been about MIUI when it comes to software. But thanks to the Poco Launcher, we are beginning to see traces of Poco UI, you know, an in-house custom skin for Poco devices.

In a YouTube Poco AMA held by the company’s Anuj Sharma and Manmohan Chandolu, the former confirms that there is ongoing work towards having a Poco UI with customizations specific to Poco devices.

But owing to the fact that Poco still has a limited team, it could take some time before Poco UI actually materializes. If anything, the realization of Poco UI will be a gradual process with no timelines, but it is indeed coming.

For a company that is trying so hard to brand itself as an independent entity, having its own Poco UI running on top of Poco phones would definitely be a major step going forward. Of course, the hardware is another thing altogether.

But the big question is are you ready for Poco UI or the current MIUI skin running on Poco devices is fine with you? Do you think opting for an in-house skin with exclusive customizations and features is the next step in Poco’s development?

Let us know your thoughts via the Twitter poll below.

In a recent interview, a Poco executive stated that the company will not be developing its own platform for its smartphones. Instead, it will continue using Xiaomi’s MIUI platform as a base. See more details here.

The poll results are out. Nearly 58% of those who voted think Poco should indeed have its own UI, while nearly 33% say they are happy with MIUI. A bit surprising though, but close to 9% people said they don’t care about updates.

What are your thoughts? In case you missed the poll, leave your opinion in the comments section below. 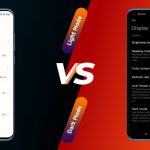 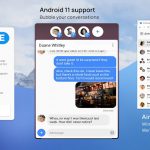