Android has come a long way. Google purchased what was back then a mere novelty and has gradually groomed it into a mainstay platform of not just the smartphone world, but the tech industry in general.

Back in 2008, Android users had only a handful of apps to download in the Android Market, now known as Google Play Store. Heck, not even non-YouTube videos could be played on the devices.

But today, Android is home to the biggest app market. The platform is no longer exclusive to mobile phones and even more interesting is the maturity that has crept into the Android fraternity over the years.

With billions relying on it, there is no denying that Android is now the smartphone standard. The sheer number of devices is due to the many vendors who churn out new phones at any given opportunity.

Samsung leads the way followed by Huawei and then Xiaomi in third, at least going by data released recently by Canalys.

Over the years, many have blamed Android fragmentation for the slow software updates and even lack of updates in some cases. But looking at recent times, one can easily shift the blame to simply the lack of desire from various vendors.

Samsung, for instance, pumps millions of phones into the market every year. This has always been the case for years, but a couple or so years ago, the Korean company wasn’t a fan favorite when it comes to timely and regular Android software updates.

Unlike Google that often delivered monthly security updates on the first week of every month to all devices, Samsung devices, including premium sets, were relegated to waiting for weeks before getting similar treats.

This, however, is no longer the case. In fact, Samsung has become the fastest when it comes to pushing monthly security patches, but then again, the sheer number of devices it has means this exercise is always phased.

Huawei, another giant Android vendor that is currently exploring other ideas, had also stepped up its efforts with software updates over the past couple or so years.

Popular Chinese vendors such as Xiaomi, Vivo and Oppo have also greatly improved when it comes to delivering software updates. Sure, they might not be as timely as Google or even Samsung, but the effort and desire is definitely there.

As noted a while back, it is this desire that lacked back in the day when some devices would go months without a security update. When vendors would never bother to push even a single OS update to some of their phones.

Today, even the previously Google-exclusive Android developer program has the likes of Xiaomi, Vivo, Oppo, OnePlus, and even Tecno taking part just so as to hasten the development and rollout of the OS.

However, despite all the massive efforts vendors are putting in, most of them are still falling short of one little but very important detail that device owners are always looking for.

No doubt the frequency of Android software updates has improved massively over the past couple or so years. Google moved from offering two OS updates and now Pixel users are entitled to three OS updates.

OnePlus also offers three OS updates to its devices and so does Samsung, at least beginning with the Galaxy Note 10 and Galaxy S10 series going forward.

Unfortunately, only Google, Nokia (Android One) and Samsung (2) have a well-documented software update policy that details this info. Any interested party can visit their respective software support pages to get acquainted with this info.

Android One [Nokia] phones will receive at least two years of OS upgrades. With the latest version of Android, you’ll get software that auto-adjusts to your needs, and helps you get things done more easily throughout the day.
Source

Huawei maintains one too, but it only details which devices are receiving Android security updates and nothing on the Android OS update policy.

OnePlus hasn’t updated its software update policy page for years, so not even the support for up to three Android OS updates is well documented. Xiaomi, the third-leading Android vendor, has none whatsoever.

LG, on the other hand, only provides a regularly updated timeline of devices that will be receiving new software updates over a certain period, but no clear definition as to how long support will continue.

Motorola, once a giant in the smartphone industry, also falls short of this info. Sure, you can easily find some details on the internet such as the 18-month support window, but the official Motorola software update policy only delves into security updates.

The story is just about the same for every other Android vendor, with details of their software update policies scattered all over the place without any clarity.

Xiaomi, for instance, is known to provide two OS updates to its premium Mi devices and one OS update to its budget Redmi devices. But none of this info is documented anywhere in an official capacity.

Heck, not even details about regular Android security updates is known, so there is no way device owners can tell how frequent they can expect to receive these updates.

So, how should regular smartphone users tell which device is receiving what software and when? Well, this is where PiunikaWeb steps in, but we only rely on past patterns and some dotted info from forum moderators and company employees.

More often than not, such info may end up being inaccurate, leaving us with an uphill task of explaining to our readers. In an ideal world, though, this should not be happening.

No one needs guess work when it comes to the security of their personal info. Confusion around how many Android OS updates a device is entitled to should be a thing of the past.

For how long some Android users will be kept in the dark regarding this info remains unknown. Either way, it is about time Google started pushing all Android vendors to make public their official software update policy in regards to Android OS and regular monthly security updates.

Following is a Twitter-based poll we are running based on this opinion piece. We’d appreciate if you choose the option that you feel best suits the poll question.

IST 11:30 am: The results of this poll are out. Close to 85% of those who voted agree that OEMs should start publishing their official software update policy. Nearly 9%, on the other hand, disagreed, while others said they don’t care. 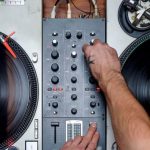 The future of technology and music