Asus has over the last couple or so years made its presence felt in the fiercely competitive smartphone market by offering some eye-catching smartphones in the ZenFone and ROG series.

Last year’s ZenFone 6 aka Asus 6z perhaps remains to be one of the most innovative smartphones to date thanks to its camera technology. The Taiwanese company has also taken its place at the helm of gaming phones with the ROG Phone series.

Things aren’t bad either in the entry-level segment where the ZenFone Max Pro series is doing relatively fine. However, things might not as good as fans would like on this end, more so when Android OS updates come into play.

The company hasn’t provided the much-anticipated Android 10 OS updates to the ZenFone Max Pro M1 and Max Pro M2 handsets and users are not happy about it.

Reports suggest the rollout could begin in mid-June, but that won’t be the first time such a statement has come from Asus support guys.

We will continuously update the table below whenever an Asus device picks up a beta or stable update to Android 10.

NOTE: We’ve compiled a comprehensive picture of all the requested features, and bugs/issues reported or acknowledged since the Android 10 beta was released for the ZenFone Max Pro and non-Pro lineup.

If interested in details about the official Asus Android 11 update and the devices likely to receive the software, route here.

According to unconfirmed reports, Asus has started rolling out the stable version of Android 10 to the ZenFone 5. We will update the list above once we have concrete proof. Find the full story here.

Update: Turns out this was just another beta update. See the full story here.

Yet another beta update is rolling out to ZenFone Max Pro M1 units on Android 10 AOSP. See the full story here.

Asus Zenfone Max Pro M1 users on latest Android 10 Beta 3 are experiencing issues with the device’s audio output. According to several users, the beta update broke the earphone sound quality resulting in no bass on their device.

In response, a Zentalk moderator has today confirmed that a fix to the bug along with other reported issues will be resolved in the upcoming update. Read the entire story here.

IST: 03:10 pm: Asus ZenFone Max M2 & ZenFone Max M1 have been long awaiting the Android 10 update. This delay has resulted in a frustrated user base which has now taken to Twitter asking for the status of the update. Responding to the users, Asus India asked to patiently wait for the update to arrive. See the full story here.

For those of you who’ve been waiting for the arrival of native video calling support on Asus ZenFone Max M2 with the Android 10 update, here is what you should know.

In response to a user’s complaint regarding the touch response issue on the ZenFone Max Pro M2 running on Android 9 Pie, an Asus moderator has stated that the issue could be fixed with the update to Android 10. Head here for more details.

IST: 04:14 pm: We have rounded up all the details regarding bugs and issues on the ZenFone Max Pro M1 and Max Pro M2 running the Android 10 beta as well as the features that will be added or dropped in the stable Android 10 update for the devices. Head here to know more.

IST:01:50 pm: Asus has begun rolling out the Android 10 beta 3 and beta 4 updates for the ZenFone Max Pro M2 and Max Pro M1 respectively. The new updates bring along a bunch of bug fixes for the two devices. To know all about it, head here.

Asus has already acknowledged the issue and will release an update to fix it soon. Full story here.

IST 06:13 pm: Unfortunately, it appears that the ZenFone Max Pro M1 will not get carrier aggregation support even with the update to Android 10. See more details here.

IST 05:48 pm: According to the latest information shared by Asus, the company does not have any plans to release the Android 10 update for the ZenFone Max Pro M1 anytime soon. Check out more details here.

IST 12:16 pm: Asus has released the fourth Android 10 beta update for the ZenFone Max Pro M2 which has been under beta testing for quite some time now. This time, the update brings along the December security patch. Full coverage here.

IST 10:09 am: After months long wait, Asus ZenFone Max Pro M1 gets yet another Android 10 beta update along with the December security patch. Head over here to know more about the Android 10 update for the device in question.

IST 07:02 pm: A ZenTalk community moderator has recently confirmed that the Android 10 update is not on the cards for Asus ROG Phone. Find out all the details by heading over here.

IST 06:18 pm: Android 10 update for the Asus ZenFone Max series has been shelved, device owners no longer have update support either. Head here to know more. 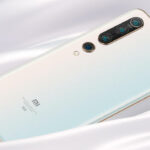