Asus seems to be having a tough time bringing the Android 10 update for the ZenFone Max Pro M2 and the Max Pro M1 for that matter. Both devices are still running on the dated Android Pie software and there’s no sign of the stable update to Android 10.

The Taiwanese OEM has released multiple Android 10-based beta updates for the ZenFone Max Pro M2 and the Max Pro M1 to date. And we’ve been tracking the status for the rollout of Android 10 for several months.

Matter of fact, in July we had reported that it had been over six months since Asus rolled out the first Android 10 beta for the ZenFone Max Pro M2 and ZenFone Max Pro M1, yet the stable update was not in sight.

Cut to now, it seems that the company has released a new update for the devices. But, sadly, this too does not bring Android 10. Instead, the new update only brings an updated security patch and the GMS version has also been bumped up.

However, it’s yet to do the same for the Max Pro M1. But users have confirmed receiving the software version bump by sharing screenshots of the new update on both devices.

We’ve added a couple of those screenshots below for reference:

Other than that, the update does not bring any additional features or improvements. This means that users will have to continue waiting for Asus to release the Android 10 update for either of the two smartphones.

Matter of fact, the ZenFone Max M2 has also picked up the new September update as version 16.2018.2009.71. Apart from the bump up in the security, there are no new features that have been added with the new update.

Nevertheless, as the wait goes on, it’s worth noting that the company may just ditch the Android 10 update for the ZenFone Max Pro M1 as we reported earlier.

Although, this information should be taken with a grain of salt since newer reports suggest otherwise.

That said, keep an eye out on our dedicated tracker for the rollout of Android 10 on Asus devices. And while neither of the two devices will be getting Android 11, you can track the rollout of it for other eligible Asus smartphones here. 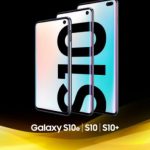 Facing battery drain on Xiaomi Mi 9T even after MIUI 12 update? It's a known issue