The Xiaomi Mi 9T released in 2019 with Android 9 Pie onboard. Since then, it has bagged the Android 10 update alongside MIUI 11. And after Xiaomi announced MIUI 12, Mi 9T users have been waiting for the update.

However, it appears that the MIUI 12 update for the Mi 9T Global, European, and Russian units is no longer available. Users are not able to install the OTA update since it has been pulled.

Naturally, concerned users have taken to the Mi community forums to seek an answer. Well, thanks to a moderator, we now have some information regarding the missing MIUI 12 update for the device.

According to the moderator, the MIUI 12 Global update rolled out partially and has now been put on hold. It seems the decision to pause the update was made due to a minor issue that was spotted. Here’s the entire comment from the moderator:

MIUI 12 Global Update [MI, EU, RU] rolled out partially for Mi 9T, and currently update is on hold, some minor issue is being checked by the team. Kindly wait for next batch release.

Apparently, the issue is only present on the Global, European, and Russian MIUI 12 update(s). This is because the update for the Redmi K20 in India has not been paused. Thankfully, the mod also mentions that Xiaomi’s developers are already checking the issue.

Thus, it shouldn’t be a long wait for the update to go live once again. As usual, we will continue tracking the situation and will post an update once the rollout resumes. Further, you can check out our MIUI 12 update tracker to know when it arrives on your device.

Xiaomi has now re-released the MIUI 12 update for the Global Mi 9T as the device is now receiving a new beta stable build as V12.0.3.0 QFJMIXM. According to the official announcement, the issue that led to the update being halted is now fixed. See the full story here.

After a brief pause, the company has now re-released the MIUI 12 update for the Xiaomi Mi 9T in Europe. It comes as version V12.0.2.0.QFJEUXM and is rolling out via OTA. See the full story here. 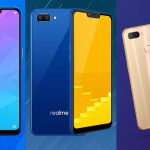