One Piece 975 is about to be released soon. With the revelations and major events in the previous chapters, fans are eager to see what will happen next. Some fans shared their own predictions on a Reddit thread on One Piece.

Others believe there will be some flashbacks about how Luffy, Law, and Kid ended up in the same place at the same time. From the events of the last chapter, those three clearly had not planned to reunite at that time. Let me share what I think could possibly happen in One Piece 975.

Flashback on where the three captains were

Luffy may have been separated from his allies after being imprisoned in Udon. But after taking over the prison, he was reunited with his crew and allies and proceeded to plan their attack. We might see how the Thousand Sunny along with Luffy and his crew survived Orochi’s attack. The next chapter may also explain the fake Thousand Sunny that was blown away by Orochi’s men.

Behind all this, the one missing in action this time is Law, who has been busy retrieving his crew from Basil Hawkins. As we all know, a mystery man helped Law and his crew escape from Hawkins’ ability. Since Kyoshiro has been confirmed as Denjiro, there is a big possibility that he was the one who helped Law. Law then learned Kyoshiro’s plan and agreed to play along with it.

It is highly possible that Kyoshiro knew Orochi’s plan against the alliance the night before the fire festival. He may have worked with Law to save the 5000 men and transfer them to a safe location to further prepare for the war.

As for Kid, the last time we saw him before this was in Udon. He refused to tag along with Luffy as he had a bad experience with alliances. He said he would go to his crew and attack Kaido. I don’t think we would see in detail how Kid accomplished this. The only thing that matters now is that he is present and he would have no choice but to work with Luffy and Law in taking down Kaido.

Save Momo and Wano

In the previous chapter, Kanjuro revealed himself as the traitor. Kinemon attacked him only to find out that what he slashed was a very realistic drawing of Kanjuro brought to life with his power. In a matter of seconds, Kanjuro was seen on the port where Momonosuke was.

The intriguing thing about this part is that Shinobu suddenly disappears. One Piece 975 will probably give rest to the pressing question as to what happened to Shinobu. It’s hard to think that Shinobu was a drawing by Kanjuro since she had a history being in the Shogun’s castle when she was young.

With the return of his allies, Kinemon will now be focused on Saving Wano and Momonosuke. There are two possible outcomes I can think could happen to Momonosuke. First, he may be saved from Kanjuro by the alliance or Denjiro who might be by the shore. Secondly, Kanjuro may successfully bring Momonosuke to Orochi in Onigashima.

I’m sure fans can no longer wait to see what exactly will happen in the next chapter. We will see hints of it soon enough. One Piece 975 spoilers are expected to spread starting tomorrow. Hopefully, the current COVID-19 issue will not affect the early release of spoilers.

One Piece chapter 975 will be officially released on March 22, 2020, in the Weekly Shonen Jump.

Spoilers are now out. Head here for the complete coverage. 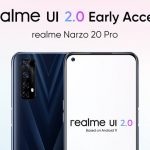