Asus ZenFone 6 aka Asus 6z (India) has had plenty of issues since receiving the update to Android 10 last November.

The Asus 6z was among the first non-Google handsets to pick up the new OS and even though this elevated owners of the handset, they have had to deal with a myriad of bugs ever since.

What’s even more annoying is that despite the several attempts by Asus to fix the many bugs through software updates, new bugs keep popping up in the allegedly patched-up versions. Owners of the device have had to deal with issues like broken Play Protect and Google Pay, unexpected rebooting, CTS test failure, as well as speaker and screenshot bugs, just to name but a select few.

Despite the most recent update that brought the December 2019 security patch to the ZenFone 6, some of these issues still persist, including one annoying bug that has been around for a while now – where after plugging in, fast charging stops after some minutes and switches to normal charging.

After updating version 73, use fast charging (both tried by the original factory and the deputy factory). After 3-5 minutes, stop charging by yourself. Use non-fast charging to charge normally. No problem before version 73.
Source

As you can see from the above statement, the ZenFone 6 fast charging issue started showing up after the update to build 73, the version that brought Android 10 to the handset.

Naturally, one would be inclined to think this is a software-related issue since it popped up after an update. But according to an Asus moderator on the ZenTalk forums, this could be a hardware-related issue.

Apparently, either the charging apparatus or the phone itself is at fault. Affected Asus 6z owners are advised to take the handset, the charging brick and cable for inspection so that the exact root of the problem can be singled out.

By the look of things, only replacing affected hardware should fix this issue, so be sure to visit an Asus center just in case fast charging has worsened since upgrading to Android 10. 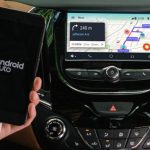