Asus needs no introduction among gadget enthusiasts. Even though the Taiwanese company had come into existence in 1989, it released the first laptop eight years later, in 1997. And after six years, the firm could bag the feat of world’s number one motherboards seller.

Their attempts to enter the mobile phone industry became fruitful with the introduction of ZenFone series. In 2014, Asus debuted ZenFone 4/5/6 (of course, neither of these was the first phone from the OEM). Let me tell you, I had a ZenFone 5 as my daily driver for almost two years.

Fast forward to today, Asus has another gaming smartphone series (ROG Phone) and a loyal user base. But when it comes to firmware updates, they lag behind brands like Google, Essential, OnePlus, and Nokia.

The latest one in the list causes the device to reboot occasionally. Going by a post we spotted on the official support forum, the issue started surfacing after updating to Android 10. The dozens of comments indicates it isn’t an isolated bug that affected one or two units.

So yeah, the phone restarts for many, once they end a phone call from the main screen. The forum moderators suggested them to factory reset the device. Unfortunately, the trouble keeps on taunting the customers even after following the proposed solution.

Wait what! The unexpected restarting isn’t the only issue we got our eyes on today. Some ZenFone 6 users are finding it difficult to use the Smart key after Android 10 upgrade. Let me invite your attention to such a concern taken from ZenTalk forum.

Android 10 bug : Smart key not working after update
After updating to Android 10, smart key feature doesnt seem to work. it worked seemlessly on previous update. I have updated though OTA and factory resetted phone after update.. Any solutions…?
(Source)

Even with a bug fixing update released by the end of November, they didn’t bother fixing these two problems. In case you happen to be a vexing Asus 6z/ZenFone 6 user, don’t forget to stay tuned to this story for further updates. 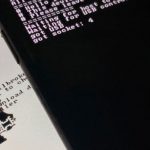 No need to wait, jailbreaking latest iOS 13.3 possible with checkra1n! 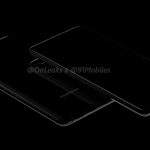