Facing speaker bug on your Asus 6z/ZenFone 6 after latest update? A fix is in the pipeline

Asus is not exactly one of the biggest players in the Android ecosystem. But they are far from getting out of the game. The Taiwanese OEM continues to produce ZenFone line of smartphones. The product portfolio is quite well-versed.

One such device is their 2019 flagship, ZenFone 6, which is also sold as Asus 6z in India. Besides the usual high-end configuration, such as Snapdragon 855 SoC, up to 8 GB RAM and equally generous internal storage, the rotating camera setup is certainly an eye-catcher.

Owners of this phone have been experiencing some issues with speaker output, particularly since the last update (software version 17.1810.1911.110). This build brought November security patch alongside camera and audio improvements for ZenFone 6.

Things didn’t work out quite well after the update. According to the reports, the audio during calls is automatically diverted to the wrong output.

When receiving regular calls on the ZenFone 6, users have complained that the audio comes through the bottom speaker instead of the earpiece.

The issue affects a good number of people across many regions. Complaints have been raised by the frustrated users on various platforms. Other calls, say Facebook, Duo and WhatsApp VoIP ones are not affected by this bug.

The issue has since been acknowledged by the moderators on Asus forum. As you can see from the comments, a fix for this issue is incoming, most likely with the next OTA update. No timelines have been shared yet.

Luckily, there is a workaround. Many users have noted that toggling ‘Speaker On’ then ‘Off’ seems to fix this glitch. Audio then gets channeled through the correct speaker.

That said, Asus has been pretty forthcoming with updates and fixes. This leads us to believe that this bug will also be fixed pretty soon through yet another update.

ZenFone 6’s Android 10 update has been a rather dramatic one. Soon after the rollout, some users indicated that the update broke SafetyNet, meaning that ZenFone 6 users could no longer use Google Pay after the update.

This was quickly followed by another update that was centered around improving audio performance. We shall keep an eye on this and update as soon as there is an official bug-fix update.

NOTE: We have these and many more Asus-related stories in our dedicated Asus section. Check it out for the very latest on all things Asus. 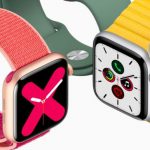