Soon after Asus released the stable ZenFone 6 Android 10 update, some users started reporting that the update was breaking SafetyNet and thus preventing them from using Google Pay.

Close to a month ago, the ZenFone 6 picked up yet another Android 10 build, this time tagging along fixes for Asus Launcher & Settings bug alongside some improvements to the fingerprint unlock performance.

Today, the device is also receiving a new software update in multiple markets, including India and Japan. Whether you are on the global (WW), Indian (IN) or Japanese (JP) firmware, the new arrival has version 17.1810.1911.110 and weighs in at 224MB.

Even though the changelog is pretty much the same for all three models that are receiving the new update, there should be some minor differences. For instance, don’t expect to get network optimizations meant for the Brazilian market when using the Indian or Japanese model.

Below is a summary of the changes included in the latest ZenFone 6 update as provided by Asus:

Apparently, this update also includes some changes to the stock camera and fixes for GCam support. It’s also worth noting that installing firmware that isn’t meant for your region may break SafetyNet, so better stick around until the right firmware arrives. For those who haven’t received the download notification on their WW, IN or possibly JP models, we have the link you need to grab the firmware for manual installation unless you are okay with waiting days for the OTA to arrive. 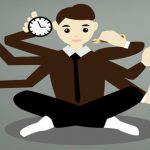 Multitasking made easier on iOS/iPadOS 13 with these jailbreak tweaks