Security patches are one of the most important updates that OEMs push for their devices. Lately, due to the fierce competition in the smartphone market, brands like Samsung, OnePlus, Nokia and even Xiaomi are pushing the update, quicker than Google itself.

There are a lot of devices that have already been served with the January 2020 patchset faster than Google’s very own Pixel devices. And in a recent development, a new batch of devices are getting served with the latest patchset.

Notably, the January 2020 update is now live for Realme 2 Pro, Redmi 6, Asus Zenfone 6 and Sprint variant of the Galaxy S10. All the updates bring in some enhancements specific to the models.

We have reported back in November, that the Realme 2 Pro bagged the November security patchset along with Dark Mode, Realme Laboratory and other features.

And with this update, the security patch level bumps to January 2020. In fact, it also brings in features like flash on call, dark mode in notification center and more.

It arrives with the version number C.26 and is pushed via OTA in batches. Below is the official changelog along with the screenshot of the update announcement:

You can wait for the OTA or head to the below section for downloading the update package file right away:

Redmi 6‘s new update bumps the security patch level from October 2019 to January 2020. Previously, it grabbed the October patchset along with the MIUI 11 back in November.

It arrives with version number V11.0.2.0.PCGMIXM and weighs in around 451 MB in size for the OTA. It is purely incremental in nature. Below is the official changelog:

Asus is also pushing the latest January 2020 patchset for its Zenfone 6 smartphone. It brings in optimization for the user interface, system stability and improvement in gestures navigation for the device.

Sprint has become the first US carrier network to push the January patchset for its Galaxy S10 model. Notably, we have reported that the device has already been served with the One UI 2.0 (Android 10) update with the December patchset.

Moreover, the Galaxy S10 Exynos and the US unlocked models have already bagged the January 2020 patch.

Talking about this new update, it arrives with build CSL1. However, when we checked the official update tracker for Galaxy S10, it is yet to be updated.

But we were able to grab the update with the help of Frija tool. This tool downloads the firmware file directly from the Samsung FUS (Firmware Update Server). You can read in-depth about the Frija tool by heading here.

The update is being pushed via OTA in batches and will take some time in hitting the units. You can manually check for the update by heading to Settings>>About Device>>Software Update>>Download and Install. 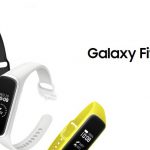