One Piece Chapter 963: Oden's Vassals - from Thugs to Samurai

After days of waiting, One Piece chapter 963 is now officially released in the Shonen Jump’s weekly issue. The title of this chapter is “Becoming Samurai”.

The cover page is a continuation of a side story titled “Gang Bege’s Oh My Family”. It introduces Germ pirates who attacked Dressrosa in the absence of their king. Chapter 963 continues to highlight Oden and his vassals. Particularly, this chapter focuses on their transformation from thugs to respectable samurais.

It also hints us of what transpired in Orochi’s life during the years Oden left Hakumai. But the most exciting part of this chapter is Oden’s encounter with Whitebeard. The chapter begins with a continuation of the previous chapter. In the latter part of chapter 962, we saw Nekomamushi and Inurashi washed up along the shore of Kuri. Kawamatsu saw them and investigated as to what kind of creatures they were.

Soon the people came and captured them tying them upon poles. From a distance, Oden saw what the people were doing and chastised them for their actions. Oden probably recognized the Minks as he was told by his father of their existence. The three then followed Oden to his castle. Stricken by hunger and thirst, they made themselves comfortable eating the food Oden prepared. From that time forward, they remained with Oden and pledged loyalty to him. As Oden’s group increased in number, their basic needs also elevated. Unfortunately, they do not have enough money to support everyone. Denjiro pointed out another reason for their deficit. Apparently, Oden lent money to Orochi several times and had probably never paid back.

Orochi was no longer working for Yasuie during that time. Out of his good heart, Oden could not ignore Orochi’s needs and so he lent him money to survive. Later in the chapter, Orochi can be seen in the Flower capital, working for the Shogun. Oden probably used his influence to get him to work there. The Nine Red Scabbards took it upon themselves to solve their money problem. They went to Hakumai in Yasuie’s place to steal money. Unfortunately, Yasuie caught them during the act. When Yasuie asked why they were stealing the money, they responded that Oden is in need of it.

Instead of punishing them, Yasuie allowed them to keep the money they stole. On top of it, Yasuie gave them even more money. He told them to clean themselves up. He further instructed them to practice manners, buy books and learn things.

Yasuie pointed out that Oden will be the shogun someday. And those who serve him need to have high standards or they will embarrass the shogun. Finally, Yasuie highlighted that they must be the greatest samurai in Wano, for they will not only protect Oden or the capital but the whole country. They followed Yasuie’s instruction, and little by little they changed. Three years later, Oden came to the capital to visit his father. The citizens expected a ruckus as they knew Oden and his vassals as thugs. To their surprise, Oden’s procession was comparable to that of a shogun.

Their transformation from thugs to samurai was complete. 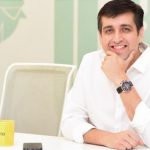 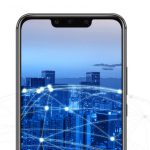