One Piece Chapter 963 Spoilers: Visitors from the Outside World

Fans are getting more hyped ass One Piece chapter 963 release date comes closer. The storyline of Oden’s backstory is approaching its climax. He is now about to meet beings from outside of Wano’s borders.

Latest updated spoilers just released today. It will surely enliven Oden’s backstory. We already know some of the events that will happen to Oden, like joining Whitebeard pirates and sailing with Roger. But this upcoming chapter gives more details about how Oden began his journey as a pirate.

Kozuki and the Minks

Some spoilers gave some hint how Oden saved Nekomamushi, Inurashi and Kawamatsu. We also learned that the Minks and Kozuki clan’s relationship dates hundreds of years back.

Centuries ago, the Minks made a solemn vow with the Kozuki clan. For some reason they considered each other as family. They promised to assist each other in hardships. Kozuki clan’s confidence in the Minks is evident by the presence of a road poneglyph in Zou.

Minks and the Kappa joins Oden

When Oden saved Nekomamushi, Inurashi and Kawamatsu, the three decided to follow Oden. They have been hungry for days and desperate for some food. They might have figured out that Oden was preparing some food as he just captures a gigantic fish.

After being fed by Oden, the three of them insisted on staying with Oden. Together they trained with the others to become fine swordsmen. They then eventually became Oden’s official vassals.

As their group was growing, they also needed more funds to support them. Denjiro then complained that Oden is lending too much to Orochi. Oden answered that he can’t ignore Orochi since he used to work for Yasuie. This is why the scabbards decided to rob Yasuie. Fast forward to three years later, a group of outsiders arrived at Wano. A huge pirate ship, Moby Dick has landed at port Itachi in Kuri. Whitebeard pirates climbed up the waterfalls leading to Wano country. That’s what probably caused serious damage to their ship that would take a week to repair.

The Whitebeard pirates were spotted by locals and the news spread quickly. Oden must have heard about it and rushed to the port. I can only imagine Oden’s excitement hearing about a pirate ship landing in Wano. Oden arrives at the port with great anticipation. Oden probably felt that Whitebeard was strong. To test it out he attacked Whitebeard so suddenly. Their weapons clashed causing huge turmoil in the immediate surroundings. Then Oden declared his desire to join their pirate crew. 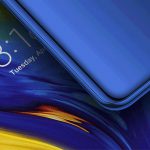