Kozuki Oden’s past affiliation with Whitebeard & Roger was highly emphasized by Sengoku in chapter 957. After the revelation of the Yonko bounties, fleet admiral Sakazuki barged in telling marine officer that they are not touching Wano.

Sengoku agrees then recalls that there was a pirate from Wano who was beloved by Whitebeard, Roger and Shanks.

That pirate was Kozuki Oden. Sengoku expresses that although he does not know how Oden could be connected to tnhe current events in Wano, it does not seem like a coincidence. One Piece chapter 958 leaked spoilers shows a backstory of Oden with the Pirate King and his crew.

The chapter is titled “Promised Port“. Shortly before the great pirate era started, Roger pirates, including Oden held a party together. The great pirate era began after Roger announced to the world that One Piece is true. So it is safe to assume that this party was held to celebrate finding One Piece.

A twitter post by @SPManga1 shows a dialogue among them which shows the crew’s closeness to Oden and Oden’s plan to open Wano country to the world.

Here’s a glimpse of the conversation (translated):

Crocus: Roger, you drank too much! Calm down on the drinking!

Roger: I don’t want to be told that by a drunkard doctor!

Rayleigh: Do you need a hand with something Oden-San?

Buggy: I can also lend you a hand, Oden San!

Shanks: You’re going to help? You’re just a burden!! What about me Oden-san?

Oden: Rayleigh, Buggyjiro, Shankstarou, thanks but, we the Kouzuki’s are the ones that have to handle this.

Buggy: I say it every time, but why the hell am I (Buggy)Jiro!?

Oden: Why Wanokuni has been closed off has always been a mystery.

From their conversation, it seems like Oden is thinking about his home country, Wano. Oden was the only one in their crew who could read the ancient text in poneglyphs. It would be through Oden that Roger would learn about the void century.

If at this point they already found One Piece and are preparing to go home, Oden must have learned something about his country.

Another mystery that fans will try to solve. Later, Oden may have learned the truth why Wano remained isolated from the world. The reason for Wano not being open to the world might have something to do with the secret that Oden hid from Kaido.

Maybe information or an ancient weapon rests within the country.

Wano arc act three starts in the upcoming chapter. It confirms previous theories about Orochi’s possible action after receiving information about the attack during fire festival.

In the leaked post, Momonosuke and his subordinates gather in Udon, but no ships and 4000 soldiers can be found. There is a sign of having been attacked.

Momonosuke can’t get in touch with Luffy and Hyou. Possibly the work of Orochi since he was given intel about the plans of the alliance to attack on the night of fire festival. 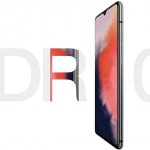