Asus ZenFone 5Z will soon receive the stable update to ZenUI 6 based on Android 10, at least if the latest developments are anything to go by.

The Taiwanese company has been testing the new OS on the device for weeks now, with the first developer preview version having arrived in August. Asus pushed an updated version the following month before coming in with the public beta version a week or so go. Today, there is a new version arriving for those beta testing the ZenFone 5Z Android 10 update. The new software version is 100.04.44.77, up from the previous version 100.04.44.67 and going by the changelog, it’s here purely on bug-fixing terms.

Below are the bugs the incoming ZenFone 5Z ZenUI 6 public beta 2 update addresses:

Since this is unfinished software, those beta testing the ZenFone 5Z Android 10 update have been warned about several known issues in the incoming public beta 2 update.

Apparently, the new update bumps the security patch level on the ZenFone 5Z to the latest for the month of November 2019, which is impressive. But as for when the stable version will arrive, it remains a mystery.

If you feel like grabbing the FOTA file and flashing it manually, we have the download link below. Note that this isn’t the full firmware, but the incremental update that weighs in at just 82.7MB.

Those, who are already running the first beta build (100.04.44.67), can manually install the update by following these steps:

Download the above delta update package and rename the zip file to UL-Z01R-WW-100.04.44.77-user.zip, copy the renamed zip file into the root of the internal memory (assuming you downloaded it via a PC) and initiate system update.

The third ZenUI 6 beta update for the ZenFone 5Z is up for grabs as version 100.04.44.87 with a huge list of bug fixes and optimizations. Details here. 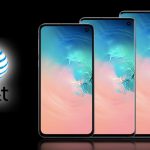 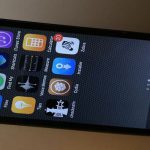