Three weeks ago, Asus rolled out the first ZenFone 5Z Android 10 update to the public beta channel, tagging along the updated ZenUI 6 skin. This came after weeks of testing the developer preview version of the OS.

As you would expect, the second ZenUI 6 beta update came with a bunch of bug fixes and performance improvements as Asus moved closer to the release of the stable version.

Today, the Taiwanese company has a new ZenFone 5Z Android 10 update for those participating in the beta program.

The update is arriving as software version 100.04.44.87, another jump from the previous build number 77. Like the latter build, the new version brings bug fixes and performance improvements, only that this time the list is pretty long.

With this release, Asus has now moved another step closer to rolling out the stable ZenUI 6 update to the ZenFone 5Z, although we still don’t know when the company intends to begin rolling it out.

My guess is the rollout could begin next month, especially now that the ZenFone 6 already picked up its Android 10 update. We will keep an eye on the developments and let you know when the stable update arrives.

Those, who are already into the beta program can manually install the update by downloading the below update package, rename the zip file to UL-Z01R-WW-100.04.44.87-user.zip, copy the renamed zip file into the root of the internal memory (assuming you downloaded it via a PC) and initiate system update.

NOTE: We have more Asus-related coverage here. If interested, you can also route to our Android 10 section for more related stories. 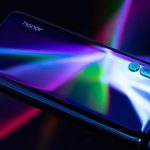