Google made a custom of naming Android iterations after desserts. Starting from version 1.5 (Cupcake), we had been hearing such nicknames. But, the search engine titan astounded everyone by not following this tradition for Android 10.

Released first for Pixels (stable build), it just doesn’t have a dessert name. The company said the elimination would help them clear the confusion about the name in different regions around the globe. Nomenclature apart, Essential users also got Android 10 with Google Pixel.

Then, we saw OnePlus and Nokia delivering the update to a few devices. Oddly enough, the former paused OnePlus 6/6T overhaul due to a handful of bugs. A few handsets from other companies also joined the bandwagon.

Haven’t you got your hands on Android 10 yet? If you happen to be an Asus ZenFone 5Z user, you got something to rejoice about. The Taiwan-based OEM has just rolled out the fourth beta package for the device. Meaning, the stable build isn’t too far!

To reminisce, we spotted the third beta update for the ZenFone 5Z hours ago. The changelog contains more than a dozen fixes and in comparison with that, the fourth beta (v100.04.44.98) doesn’t have a lot to offer. You can see its changelog below.

You surely won’t automatically get this update. In order to upgrade to this version, you need to download the zipped file and change its name to UL-Z01R-WW-100.04.44.98-user.zip. Now, put it inside the root directory. And, you should get an update notification on rebooting the phone. 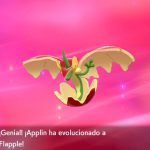 Pokemon Sword and Shield : How to evolve Applin in the game