Asus is trying to penetrate the budget friendly flagship segment for a long time – a genre started by OnePlus with their debutant phone. Although the Shenzhen based OEM is considered as a premier phonemaker nowadays, phones like Poco F1, Honor View 20 and Asus ZenFone 6 are continuing the tradition.

The immediate predecessor of 2019’s ZenFone 6 (sold as Asus 6Z in India) is ZenFone 5Z, which sports a flagship grade SoC (Snapdragon 845) along with expandable storage, FM radio and 3.5 mm headphone jack. Well, it’s getting hard to find such configs nowadays.

The phone was launched with Android Oreo, and subsequently received Android Pie update with the ZenUI 5 skin on top. The transition was not smooth, as the initial Pie builds were riddled with various issues. Nevertheless, Asus enlisted the phone under Android Q public beta testing.

The Taiwan based OEM promised to bring ZenUI 6, a revamped version of their in-house skin first released with ZenFone 6, to ZenFone 5Z as well. Given that Asus engineers have access to Android Q codebase right from the beginning, implementing the close-to-stock ZenUI 6 should not take much time.

Users need to submit the IMEI numbers and build tag of the currently installed software via this online form (Asus ZenTalk account is required), so that the beta firmware can directly be pushed to their phones. They will be notified via email after successful enrollment.

FYI, the current build roster is semi-public, i.e. you are encouraged not to disclose any specifics about them in public. The discussions will be held in a private section of their forum. Asus listed the following responsibilities as a beta tester.

Once again, the company confirmed that the Android Q (10) update for ZenFone 5Z should include ‘latest’ ZenUI features. Being one the first phones to get the Android 10 beta, we should get a pretty clear idea from it about the upcoming major overhaul ZenUI.

As a matter of interest, the questionnaire does contain a number of reference towards ZenFone 6 beta testing. Asus probably reused the existing template.

Sounds interesting? Head over to the official announcement thread and join the crowd as soon as possible.

Asus ZenFone 5Z Android 10 update is now rolling out to beta testers and it brings along the relatively lightweight ZenUI 6 skin. Details here. 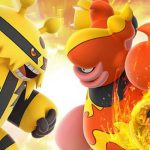