After the initial announcement at MWC 2018 in February, ZenFone 5Z (ZS620KL) finally made it to the market in the mid of year. The device shipped with then-available Android 8.0 Oreo, upgradable to 9.0 and sported a Snapdragon 845 processor.

As the phone launched with Oreo, it was to receive the Android Pie update in January this year.

As per complaints posted across ASUS ZenTalk (company’s official help forums), the device’s network or signals aren’t available anymore, which means no calls, no messages, no nothing ?. The problem isn’t specific to any particular region, as users across multiple regions face it.

For a quick glance here’s a selection of some of the user reports:

I have a Zenfone 5z ( zs620kl ) and after a restart, i dont have more signal, i have 2 chips from 2 different operators, and no one of them works, and this 2 chips works perfectly in another fone ! So i have read her in zentalk, that a lot of other persons of varius countrys have the same problem, my says that ” turn off airplane mode to make a call “, but the airplane mode is not activated.

My phone has been stuck on “No Service” and everytime I try to call it says to turn off airplane mode but airplane mode is not on!. I have no wifi as well. I’m extremely displeased right now with ASUS and this will definitely hurt your reputation internationally if it doesn’t get fixed quick

Even I am facing this no network issue after latest update received yesterday.
We were demanding Native Video Calling facility and hence ASUS gave us No Network..means no need of Native Video Calling.. Gr8 Job Asus…but please let me know without network what is the use of this Shit….

Complainants also pointed out they keep getting the “Turn off airplane mode to make a call” notification all the time despite Airplane mode disabled.

Some of the troubled users even dropped by Twitter to highlight the ‘no service’ issue on their ZenFone Z5.

As far as we can see, after installing the update soon as the phone reboots, it ends up loosing network and WiFi. And even Factory reset fails to help.

While initially it appeared this ‘no network’ issue was triggered after the March update, digging in deep we stumbled upon some reports even before that. That means, the issue creeped in after Pie update, but the issue caught heat as the number grew substantially after receiving March FOTA,

Here are a couple of reports that came after Pie:

Right now I am sitting without network on my Zenfone 5z. The problem started after the PIE update. Prior to that it was all fine. Network would go missing for both Sims after restart. The network comes magically after 24-36 hours. Have tried all the tricks mentioned in this forum, nothing helps. Updated to the latest firmware but still problem remains the same. Went to the service centre they downgraded the firmware to January 2019 security patch but still problem shows up after 2 days. I just don’t know what am I supposed to do with this 500$ phone.

I also faced the problems twice once in Feb 2019 and another in March. When I went to the service center in Andheri, Mumbai they made it ok within minutes. Om both the occasions I was told that there was a loose contact and they made it OK by giving pressure at a particular spot.

Coming to what has ASUS done so far to address the problem behavior, one of the forum moderators (named Emilee) has been actively addressing all the complains regarding this issue.

It was back in March when they first informed complainants that the problem is being investigated. Then, in the beginning of this month, they informed the concerned users that March FOTA was postponed/canceled due to unsatisfactory results. In addition, they suggested users to switch to the April patch dubbed WW-90.11.162.50

Unfortunately, we have to announce that version WW_90.11.162.45 FOTA release has been postponed/canceled due to unsatisfied test results. A new system is released today, I would suggest you can update the firmware to the WW-90.11.162.50. But sadly, the new update was no different and the issue continues to persist even after the latest update as confirmed by many of those affected.

Moreover, one of the users recently shared that an ASUS rep told them it could be a hardware issue.

So is it a hardware issue? Well, who can tell? All is up in the air right now.

Irrespective of which update instigated this no service or no network issue on ZenFone 5Z, considering the number of those affected and that the problem has been troubling users for months, ASUS should at least shed some light on what’s causing all the mess.

Just in case you are also facing the problem discussed here on your Z5 unit, drop a comment and share with us your experience.

NOTE: Those of you interested in more ASUS-related news, head here. 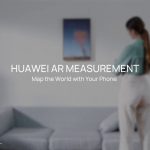