Besides Google Pixel family, a bunch of phones participated in the public beta testing of Android Q (now known as Android 10). However, they did not necessarily follow Google’s update scheme. While OnePlus 7/7 Pro got periodic Developer Preview builds, Realme 3 Pro failed to secure any OTA over the initial version.

While the 2019’s Asus flagship aka ZenFone 6 (sold as Asus 6Z in India) launched with nearly stock version of Android, the Taiwanese OEM chose its older brother to take part in the Android Q beta testing. Running vanilla Android instead of the resource heavy Zen UI seemed to be a good option for many.

Perhaps the beta helped ZenFone 5Z to receive stable version of Android 10 earlier than expected, as Asus already began the pilot testing. However, Asus did not deliver any more update on top of the initial Q beta build released back in May.

Allow me to surprise you, cause Asus did prepare another Android Q based beta. This one was compiled on top of the final Beta 6 codebase from Google, thus you should expect way more stability than the earlier software version.

The security patch level in this Android 10 based build is from August. Unfortunately the engineers did not include the IMS stack related fixes, so VoLTE is not working. Another shortcoming is the incompatibility with SD Cards, but guess ZenFone 5Z owners can ignore them. The beta page is now taken down by Asus, but the particular build can still be downloaded form their update servers. Enthusiastic people can play with this piece of software to find out the glimpses of the upcoming stable update.

Asus also incorporated full support for navigational gestures in this update (build number: QKQ1.190723.002.WW_user_100.03.7.34_20190830 release-keys). Do perform a backup before installing the package on your daily driver; you never know will happen.

When do you think Asus will roll out the final stable OTA of Android 10 based Zen UI 6 for ZenFone 5Z? Comment below. 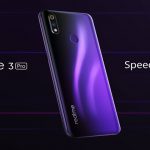 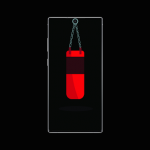