Depending on your timezone, we are less than 12 hours behind from the month of September. The stable release of Android 10 should land anytime, especially when rumors are indicating towards the September 3 release date. Take it with a pinch of salt, but OnePlus might roll out the OxygenOS 10 OTA on the same date.

Companies like Xiaomi and Asus are taking the matter seriously, as they already kickstarted pilot testing of Android 10 for some of their phones. While you can already download Android 10 based MIUI beta for Mi 9 and Redmi K20 Pro, OnePlus is very much present in the race.

Both OnePlus 6/6T and OnePlus 7/7 Pro are part of the Android Q Developer Preview program. The former duo is stuck with DP3 for now, but the OEM rolled out fourth Developer Preview with August security patch for the latter at the beginning of this month.

That was first time OnePlus released a Developer Preview build as OTA, which indicated they were gradually approaching towards the final stage. The arrival of Android 10 based Open Beta builds was hinted too, which seemed perfectly normal before a major version update.

Because OnePlus is OnePlus, time for a new twist! The Shenzhen based OEM has just announced Developer Preview 5 for OnePlus 7 series in China. They completely rebased it on Android Q Beta 6 this time, which means internal APIs are now finalized. And yes, custom OnePlus gestures are now fully integrated!

The changelog of the update is as follows (translated from Chinese):

Users running Developer Preview 4 on their OnePlus 7 or OnePlus 7 Pro should expect an incremental OTA to DP5. The Chinese phone maker has also published full update packages for sideloading fans and manual flashers.

You can use the existing roll back packages from the announcement thread to downgrade to stable Android Pie based OxygenOS/HydrogenOS. A similar release for global OnePlus 7/7 Pro should happen soon, so stay tuned!

As speculated, OnePlus has released the OxygenOS based DP5 for international users.The changelog is as follows:

– Based on Google Android 10 Beta6

– For DP4 users, you can upgrade via online OTA

– From DP5, you can upgrade system via OTA to Open Beta

Unsurprisingly, the list of known issues is almost identical to the HydrogenOS release:

The full update packages are listed below:

Refer to the announcement thread for further info. 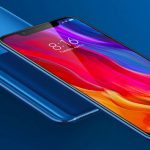