We all know that Pixel phones are going to get the first taste of stable Android Q on the launch date. I bet Essential will continue their tradition, as they were only third party OEM to release the Pie OTA on the same day alongside Google Pixel family.

On the other hand, Sony Xperia XZ3 was the first phone (even before Pixel 3 family) to come with Android Pie preinstalled. Guess this year we will again see some non-Google phone to take the pole position.

Regarding OTA, a number of companies enlisted their phones in the Android Q public beta initiative. Xiaomi became the first among them to integrate in-house MIUI skin and rollout public beta build of Q for two phones – Mi 9 and Redmi K20 Pro.

Huawei is also working on EMUI 10 – the next iteration of their custom distro on top of Android Q – which should should be available in the coming months. Thing is, OnePlus is kinda lagging these days, even after enrolling four devices in the public beta,

Don’t get me wrong, as the Shenzhen based OEM did bring Developer Preview 4 (which is based on Android Q Beta 6) to both OnePlus 7 and OnePlus 7 Pro. But OnePlus 6/6T is still stuck at DP3 for quite a long time, and there is official confirmation about further progress.

Unlike initial preview builds, DP4 on OnePlus 7 (Pro) was distributed as OTA. Integration with OxygenOS OTA mechanism is a strong indicator of upcoming Open Beta builds. T-Mobile also hinted about distributing Q based beta builds by the end of this month.

Crystal Z., Global Community Handler of OnePlus, dropped yet another subtle hint about the arrival of Android Q Open Beta. In the 296th weekly update, she was talking about the efficiency of OnePlus Switch to backup/restore personal data while testing Android Q ‘this week’.

The Android Q open beta is not too far away, so make sure to back up your data via OnePlus Switch.

Being a major version upgrade, OnePlus may release the manual flashing package of first Android Q Open Beta with a mandatory prerequisite of wiping data – hence the advice to use OnePlus Switch. This is a common drill in preview/beta channel, but stable users should not worry about data corruption (or should they?).

When do you think OnePlus will push the red button? Rest assured, PiunikaWeb will capture the OTA zips as soon as they are live. Stay tuned!

OnePlus has pushed the first Open Beta that now opens the doors for OnePlus 7 and 7 Pro users to try the new OS. Complete story here. 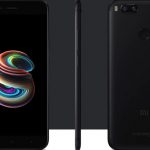 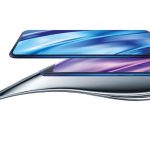