In older days of Android, hardware assisted encryption was not readily available. Due to performance constraints, the userdata section of the phone was kept unencrypted (i.e. easy game for law enforcement agencies and rogue users).

With the introduction of Android 5.0 Lollipop, Google decided to turn on encryption by default. Initially phones faced some hiccups to cope up with the extra overhead, but eventually hardware vendors started to ship encryption accelerators.

Since the release of Android 7.0 Nougat, the OS supports file-based encryption (FBE) besides the legacy full-disk encryption (FDE). The concerned keys are derived from a secure area of the SoC, called the TrustZone.

A Trusted Execution Environment (TEE) is a secure area inside a main processor. It runs in parallel of the operating system, in an isolated environment. It guarantees that the code and data loaded in the TEE are protected with respect to confidentiality and integrity. This alongside-system is intended to be more secure than the classic system (called REE or Rich Execution Environment) by using both hardware and software to protect data and code.

Major Android version updates often require updating the underlying firmware components, which include the TrustZone (TZ) as well. As a matter of fact, the same thing happened with OnePlus 3/3T Android Pie update with some twist.

The bug is present since the closed beta builds of OxygenOS/HydrogenOS 9.0. OnePlus officials were notified about the situation, and they were supposedly aware of the issue.

Rather than fixing the actual reason, OnePlus team published two sets of public beta builds of the Android Pie update for the OnePlus 3T and 3, with a strict requirement of having a locked bootloader. Thanks to the immense popularity of the OnePlus phones and their developer friendliness, a lot of users unlocked the bootloader of their phones to try out mods and custom developments.

Given the circumstances, data corruption for having an unlocked bootloader is not at all a decent way when it comes to software designing.

The Chinese OEM is gradually rolling out the final stable version of Android Pie update for OnePlus 3 and 3T in the form of OxygenOS 9.0.2 since yesterday. The official announcement doesn’t contain any kind of warning related to the status of the bootloader.

However, the bug is still at large – even in the final OTA update – as several OnePlus 3/3T users are facing data corruption issue when updating from last stable version of OxygenOS (5.0.8, based on Android 8.0 Oreo).

hey guys, I tried flashing using oxygen updater, the phone displays decryption error and twrp is still there, any ideas onwhat should i do now?

The Oxygen Updater team decided to put a warning for regular users about the potential data decryption bug on unlocked bootloader. Those who are already on Community Beta (CB) builds of OxygenOS 9.0 should be unaffected by the glitch, as the underlying firmware has already been updated for them. But the majority of the OnePlus 3/3T users are on the verge of getting their data corrupted.

dianlujitao was in touch with the OnePlus engineers, and got assurance about fixing the bug as soon as possible. Guess they were not able to cover every test cases. Considering the gravity of the situation, PiunikaWeb is trying to contact OnePlus for a statement. Stay tuned for further update. Meanwhile, do backup everything (including files in your internal storage) before installing the Pie update for OnePlus 3T/3. 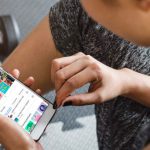 [Updated] Google Podcasts notification won't go away? There may be a workaround 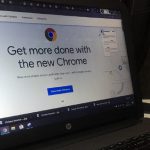