Huawei announced EMUI 9.0 last year at IFA in Berlin. It’s the OEM’s Android Pie-based smartphone skin. During the recent episode of the Chinese tech giant’s ban in the US – which later on got lifted – many Huawei/Honor devices were bumped to EMUI 9.0 or the latest EMUI 9.1.

As we highlighted in one of our recent coverages, Honor India confirmed that despite rolling out Android Pie/EMUI 9 for Honor 8X, the update has been held back to make some improvements. Moreover, they added it is planned to be released by the first week of the coming month. But looks like Honor 8X is not the only device for which EMUI9/Android Pie has been held. Now it has come to our notice that similar is the case with Huawei Y9 (2019) devices. For a refresher, Y9 (2019) (aka Huawei 9 Plus) is fueled by Hisilicon Kirin 710 chipset, and embraces Android Oreo 8.1 and EMUI 8.2.

The same was confirmed by Huawei’s social media channels.

Yes it is true dear, kindly be advised that Huawei is offering the Android Pie update to Y9 2019 & that will reach the users according to their country of residence & build number.

While the company confirmed the delivery of EMUI 9.0 to Y9 (2019), many device owners are still inquiring about when is EMUI 9.0/Pie going to land on their units. And as far as we can see, the left out Huawei Y9 (2019) users are mainly from the Indian region.

Going by the latest statement coming from Huawei India (through their official Twitter handle), Android Pie on Y9 (2019) is on hold to make further improvements. Here’s what they said:

We would like to inform you that Android Pie for Huawei Y9 has been already released but currently on hold due to further improvements on user’s usage experience.

Additionally, in another tweet, Huawei India informed the same user they plan to resume the roll out by the second week of August.

We will resume rolling out new improved software update tentatively by 2nd Week of Aug’19.

Here are both the responses: So those of you who’ve been waiting for experiencing EMUI 9 on your Y9 (2019) units, you’ll have to wait for few more weeks. Here’s hoping this time the OEM delivers the update to the left out devices in time. Rest assured, we are keeping a tab and will let you know as and when the update arrives. 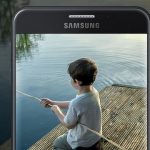 Samsung Galaxy J7 Prime gets new security update, but it's not One UI (Android Pie 9.0) 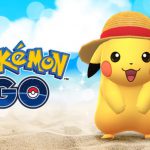