PiunikaWeb followers should recognize the rebranding issue in the smartphone industry quite easily, as we often highlight the pros and cons of this practice. To be precise, Asian OEMs love to adopt the strategy and fill their portfolio with identical phones having different names.

Big name players, such as Xiaomi or Huawei/Honor, are the worst as they intentionally kill one variant of a phone to promote the rebrand. For example, Indian Honor 7X is now getting Android Pie update in form of EMUI 9.1 beta, but the US rebranded version aka Huawei Mate SE is stuck with Oreo.

Well, that’s not the end of it. Don’t you think re-releasing the exact same phone with a notched screen under different name is a new low? Allow me to surprise you, as Honor 9 Lite and Honor 9N are internally identical devices.

Both of them share same base platform, heck even the codenames are same (LLD). Technically you can convert Honor 9 Lite to Honor 9N (or vice versa). The notched screen and 16 MP selfie cameras are nice additions, but not worth to call it a new phone.

Huawei rolled out EMUI 9.1 for the Honor 9 Lite (which is also known as Honor 9 Youth Edition) a few days ago, thus Honor 9N should get the same treatment. The company did start a beta recruitment initiative back in March for 9N users, and seems that stable builds are now rolling out.

The final (non-beta) version number of the Android Pie based EMUI 9.1 update for Honor 9N should be 9.1.0.112, which is reportedly rolling out in waves.

FYI, Honor 9N is sold as Honor 9i in China. To make the situation further convoluted, Huawei decided to launch a completely different phone in India as Honor 9i. ?

Looks familiar? The HiSilicon Kirin 659 powered phone is actually another rebranded version of Huawei Mate 10 lite aka Huawei Nova 2i aka Huawei G10.

The phone (codename RNE) was originally launched with Android Nougat, and subsequently received Oreo via EMUI 8. But now the Chinese OEM decided that the hardware config is not sufficient for running Android Pie. What an oxymoron! Advanced users can flash Mate 10 Lite or Nova 2i EMUI 9 based build on their Honor 9i without any hiccup, but that’s not feasible for the average Joe.

We hope Huawei/Honor management will reconsider their decision and eventually rollout stable EMUI 9 update for Indian Honor 9i. If not, then you should know the meaning of planned obsolescence. 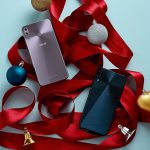