Xiaomi’s endless rebranding often creates confusions among regular users. While you can get a Redmi 6 Pro running the MIUI skin of Android, the same phone with stock Android is being sold as Mi A2 Lite.

The same kind of obscure marketing can be found under Redmi sub-brand (now an independent company) as well. Indian Redmi Note 5 Pro (codename: whyred) was available in China as Redmi Note 5 and in other countries as Redmi Note 5 AI Dual Camera.

Traditionally the Mi branded phones from the Chinese OEM are entitled for at least two major Android version updates. On the other hand, the Redmi lineup is targeted towards budget conscious users. Thus software support is often limited to only one major update.

Now that the Redmi K20 series becomes official, the rumor about a possible rebrand is skyrocketing. Yes, we are talking about none other than the Mi 9T, which is believed to be based on the regular Redmi K20.

It’s worth mentioning that PiunikaWeb was the first publication to spot the reference of the Mi 9T. Since then, the interweb is being flooded with numerous leaks, speculations and unboxing videos of the T variant of Mi 9.

People are trying to prove the similarities between the Mi 9T and Redmi K20 based on the physical characteristics or benchmark results, but they are not concrete enough. Well, we now have out hands on the exclusive evidence that is enough to conclude that the phones are identical. Thanks to yshalsager and his Xiaomi Firmware Updater project, we located the global firmware of Redmi K20 (codename: davinci). And guess what? The build.prop (notice the above picture) clearly states the model name as ‘Mi 9T’!

Xiaomi is preparing to launch the Mi 9T (aka Redm K20) in various European countries on June 12. Allegedly the Pro variant of Redmi K20 may not come everywhere as the specs are similar to Mi 9. Nevertheless, the existence of the global firmware strengthens the claim about rebranding.

The download links of the global firmware for the Mi 9T (Redmi K20) can be found below. Note that this build should be the day-one update of the phone after release:

Are you planning to buy the Mi 9T? Comment below. 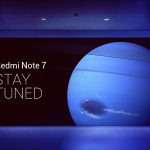 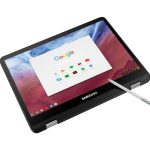