The early days of Android were full of rebranded phones. Smaller regional OEMs preferred to bulk-buy phones and tablets from Chinese ODMs as well as OEMs and sell them under new names in emerging markets. In most of the cases, they even run identical firmware.

Major smartphone makers, such as Huawei/Honor are accustomed to this practice as well. The Chinese tech giant frequently brings smartphones originally released for Chinese market to overseas under a fresh new coat of paint.

On the other hand, Xiaomi stepped into the game with a different tactics. All of their Android One phones are originated from existing models running MIUI. Sometimes, they do sell same phone under different regional names.

Now that Redmi being an independent subsidiary of Xiaomi, the company is trying to penetrate every possible market segment by offering countless combinations (popularly known as the shotgun strategy). The experiment with the Pocophone also got a huge success in countries like India.

Yesterday we discussed about potential upcoming phones from Xiaomi in India, after the company representatives started to tease the arrival of a “Flagship Killer 2.0” phone, powered by Qualcomm Snapdragon 855 SoC. The phone(s) could be related to the recently unveiled Redmi K20 series, which are having their links with a long list of rumors and speculations.

The codename ‘M1903F10G’ has some connections with the upcoming Redmi flagships. The model number was first surfaced in last month on the website of Eurasian Economic Commission (EEC).

Leakster Ishan Agarwal noticed the pattern as well, when the codename resurfaced on the IMDA database in Singapore. The latest listing told us that this Xiaomi phone would feature Bluetooth, Wi-Fi and NFC connectivity. The inclusion of NFC is significant, as the Pocophone F1 was released without NFC. It also means that Xiaomi is planning to launch the phone is Europe and/or the USA.

Well well well, we have located the same phone inside the certification list of the Office of The National Broadcasting and Telecommunications Commission (NBTC), Thailand. Guess the marketing name of the device listed there?

A ‘T’ variant of the Mi series would be a completely new thing. Xiaomi previously launched a handful of variants of their primary flagships, like the Mi 8 Explorer Edition or the Mi 9 SE. But the ‘T’ naming scheme became exclusive to OnePlus so far.

The reference of ‘M1903F10G’ can now be seen on Taiwanese National Communication Commission (NCC) verification site as well. Umm… is Xiaomi planning to launch Mi 9T in Asia/Europe (*hint* NFC), which will be rebranded in India as Poco F2?

The certification was issued on May 15, i.e. yesterday. The fccid.io data are based on Taiwanese National Communication Commission (NCC) registration system.

At this moment, we can say that at least one Xiaomi phone with Snapdragon 855 SoC and NFC is heading towards a worldwide release? The question still remains – are we going to see a unified naming scheme (such as Mi 9T) in every region? Or the Redmi K20 (Pro) / Pocophone F2 will rock the world? Time will tell.

Thanks yshalsager for helping me to locate the info.

Looks like Xiaomi is doing the groundwork for the preparation of the launch of Mi 9T (rebranded Redmi K20?): The Chinese OEM has confirmed the ‘T’ moniker with a series of tweets. The global firmware of Mi 9T is now live on Xiaomi update servers before the official release of the phone itself. The build.prop clearly shows that the phone is a rebranded Redmi K20.

Mi 9T will be available from 17 June and starts at €329. The device sports the latest Qualcomm® SnapdragonTM 730 Mobile Platform, a 6.39-inch Full Screen Display, a 20MP pop-up front camera and a rear 48MP triple camera setup. 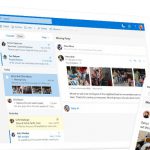 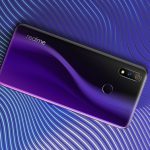