Naming your products is an indispensable task in marketing. You have to study local cultures, verify against similarly named commodities in the market, and at the end – you need something catchy! Phone makers often fell short in this particular department.

While Samsung might be the record holder in crappy naming scheme, Chinese OEMs are not far from the pole position. A handful of phone makers like to stick with simple numerical order (example: OnePlus, with some obvious caveats), but the others are making it a wild west.

In one of our previous articles, we talked about Xiaomi and their ever-confusing lineup of regional variants and rebranded models. For example, the Chinese OEM introduced Redmi Y series in India by launching Redmi Y1 and Redmi Y1 Lite back in 2017.

Redmi Y1 and Y1 Lite later received MIUI 10 update, but the base Android version remained unchanged. Meanwhile, Xiaomi launched Redmi Y2 as a successor to the lineup. Before you ask, yes – it was rebranded (again) as Redmi S2 elsewhere.

In India, the Y series has been marketed as a selfie-centric budget lineup. Redmi Y2 (codename: ysl) was not out of the pattern, as it features a 16 MP front camera – same as Redmi Y1. However, the internals were significantly upgraded compared to a budget phone.

The Chinese OEM opted for Qualcomm Snapdragon 625, a highly energy efficient but powerful midranger SoC, in Redmi S2/Y2. The phone was launched with MIUI 9 on top of Android 8.1 Oreo, which ensured Project Treble compatibility.

Xiaomi launched a number of phones with Snapdragon 625, but they did a peculiar thing with Redmi Y2/S2. Although the SoC was 64 bit complaint (ARM64), they decided to ship 32 bit (ARM32) MIUI in this phone.

The community eventually discovered this anomaly and started complaining across Xiaomi forums and other public platforms (even petitions). Later on, the company spokespersons officially confirmed that they did not have any plan to provide 64 bit support.

First of all, it took some times to get the information right while we were guessing about the future of 64-bit ROM for Redmi S2 and Y2. It’s just because we are aware about the future of 32-bit ROM that might have reduced support starting this August. That’s the reason why we put “In Review” stamp to the most popular thread. We were seeking or rather waiting for MIUI Developers confirmation.

For us, whatever happens happens, and unfortunately sad and bad news comes to us. Today we just got confirmation that there will be no 64-bit ROM for Redmi S2 and Redmi Y2 both China ROM and Global ROM. While we don’t have any follows up about the exact reason, there might a good reason why they decided to not to release it.

Considering the shared codebase of MIUI, there was absolutely no feasible reason to maintain an outdated legacy armeabi-v7a (32 bit) codebase for this phone. Google’s own Play Store is gradually phasing out 32 bit apps on ARM64 devices.

Starting August 1, 2019, your apps published on Google Play will need to support 64-bit architectures. 64-bit CPUs deliver faster, richer experiences for your users. Adding a 64-bit version of your app provides performance improvements, makes way for future innovation, and sets you up for devices with 64-bit-only hardware.

Meanwhile, Xiaomi China started an internal Android Pie beta testing for a number a of Mi and Redmi phones, including the Redmi S2/Y2. People were excited to to receive at least one major Android version update, as original Y1/Y1 Lite failed to get one.

The second quarter of 2019 has passed, and all three phones in that list except Redmi Y2/S2 have got Pie beta builds. Amidst the uncertainties and doubts, MIUI beta organisers have published a revised list, where Redmi S2 is being treated differently.

While the ‘suspension of recruitment’ (as translated from Chinese) can happen because of lack of volunteers, there is a high chance that Xiaomi is going to abandon the Redmi Y2 with the factory install Android version – just like its predecessors.

Planned obsolescence? My gut says so!

Now that the launch of Redmi Y3 in India is imminent, forgetting the old models is a very common syndrome. Redmi Y2/S2 may probably get MIUI 11 update in future, but running an older operating system with outdated specs (ARM32) will be a hectic job for end users.

According to the beta organisers, they will announce further developments about beta recruitment in the original thread. Team PiunikaWeb is closely monitoring the situation and going to report ASAP if anything pops up on our radar.

Are you using Redmi Y2/S2 and planning to upgrade? Comment below.

In a surprise turn of events, Xiaomi has confirmed that the Redmi Y2 will indeed get the Pie update. The company took to its official India forum to break this news. Here’s an excerpt from the announcement:

You can read the complete announcement here.

Redmi S2 (known as Redmi Y2 in India) users in China are now getting an unexpected Android Pie OTA update in the form of MIUI V10.3.2.0.PEFCNXM. For further details (including download link), see here.

Xiaomi has published the Android Pie kernel source for Redmi S2/Y2, which is another indication of imminent global rollout. 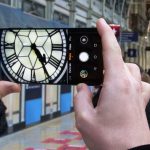 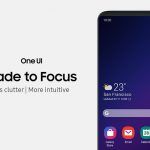