Did you guys watch Looney Tunes? There was a episode when Ralph Wolf took the disguise of Sam Sheepdog, but failed miserably as Sam himself impersonated the wolf to spoil the wolf’s evil plan.

Well, this article is not about disguise or camouflaging, but we want to (once again) highlight a rather similar practice in consumer electronics – known as rebranding.

See, there can be myriads of reasons for a company to take this stance – brand popularity, availability of logistics, even cleaning up the old inventory! Some companies are (in)famous for this practice, and Xiaomi is one of them.

In one of our previous articles, we talked about a concrete proof that confirmed that the Mi 9T in Europe and Redmi K20 in China were nothing but identical. Since the revelation of the Mi 9T moniker, Xiaomi fans are speculating about a Pro variant. Worry not, it is coming.

We have located a couple of interesting clues: first, a phone from Xiaomi named ‘Mi 9T’ Pro just passed the Wi-Fi Alliance certification.

Two such certifications (which were conducted on June 18) can be location – one for the phone in client mode whereas the other one for the hotspot functionality (router mode). Now we can confirm that Mi 9T Pro will carry the model number M1903F11G and Android 9.0 based MIUI 10 should be preinstalled on the phone.

As a matter of fact, the model number also appeared on the Bluetooth SIG site. Combining the facts, we can conclude that Mi 9T Pro will support both 2.4 and 5 GHz WiFi alongside Bluetooth 5.0. Don’t you think these are pretty much rudimentary details? Wait, there’s more!

The second info has its origin in an AliExpress product listing of Redmi K20 Pro. The seller states that they can flash the global firmware on the phone, but then the name of the phone will be changed to Mi 9T Pro.

The above image clearly shows that a phone with model number M1903F11A (belongs to Chinese Redmi K20 Pro) is running beta version of MIUI (presumably closed). The device name is indeed Mi 9T Pro on this firmware.

We are collaborating with developer yshalsager to locate the firmware of Mi 9T Pro (codename should be ‘raphael’, same as Redmi K20 Pro). As soon as they are publicly available, these speculations should end once and for all. 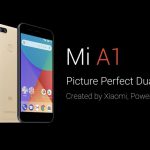