Huawei recently unveiled the latest and greatest software version of EMUI 10 based on Android Q. The company already has a list of devices that will receive the OS first beginning September 2019, but not all is done and dusted in regards to the outgoing EMUI 9.1 update.

Released as an incremental upgrade over the original EMUI 9.0 that brought Android 9 Pie to most Huawei devices, EMUI 9.1 update is finally available for the Huawei Y9 2019. The rollout has just started over the air, but we already got wind of its availability via the HiCare app a while ago.

The initial release of EMUI 9.1 update was limited to certain regions, but from the look of things, the wider rollout has just commenced. We’ve received reports from owners of the Y9 2019 who have received the updated version of the custom skin, implying that the update is up for grabs.

When we asked details about the security patch, we got a confirmation that July 2019 security update has been included in there. Sure, it isn’t the latest version that’s available (hint: August 2019 security patch is), but with all the goodness that comes with EMUI 9.1, who cares!

Speaking of goodness, not every feature that EMUI 9.1 update has been adding to other Huawei devices is part of this particular Huawei Y9 2019 update. For instance, don’t expect to see anything close to DC Dimming because this one is reserved for devices with AMOLED panels.

Still, there is plenty to smile about in there, including the support for an EROFS system function. What this feature does is to improve app speed and fluidity. The update also improves system performance and fixes slow responsiveness in certain instances.

Also part of the EMUI 9.1 update is standardizations to colors for “a more fluid and dynamic display” and optimizations to the haptic feedback. The settings menu has also been tweaked to simplify operations.

Apparently, the update is also rolling out to the Huawei Y9 2019 units in India. Sure the base software is the same, but the firmware version is a little different. In India, the update is arriving as EMUI 9.1.0.220 (C675E4R1P1).

The changelog is the same, including the update to July 2019 security patches. While we haven’t received any major confirmations of the OTA rollout in the Asian sub-continent, Huawei India has confirmed that the EMUI 9.1 update is rolling out to the Y9 2019 in batches.

Thank you for your interest in EMUI 9.1, we would like to inform you that we have already started rolling out the new Android Pie update with EMUI 9.1 in batches.
Source

It is typical for OTA updates to roll out in stages. Usually, this is done to avoid any major damages in case the initial rollout encounters grave issues that may force the company to abandon the update.

Do let us know in your comments below if the OTA has arrived on your end. Meanwhile, feel free to check out more Huawei-related stuff on this page. 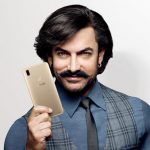 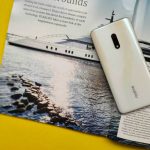