There is no specific thumb rule to create a smartphone that would be universally praised. Design enthusiasts don’t bother about internal configs, whereas hardcore gamers may only notice the CPU+GPU combo.

End of the day, the whole thing is nothing but an overly complex system of equations – with tons of unknown variables! Take the example of OnePlus One – OPPO’s offshoot OnePlus launched it in 2014.

That phone is widely regarded as one of the most impactful device among Android communities. With an optimum blend of software features, pricing as well as hardware config, they achieved that high place.

With time, there are more players in the competition. Big names like HTC couldn’t cope up with the rat race. The boundaries between the strict price segments started to become blurry.

Amidst this situation, Xiaomi revealed the Pocophone (also known as the Poco) – a fully owned but independent subsidiary. Their main goal was to occupy the void, once created by OnePlus – budget ‘flagship killer’.

Thanks for all the love! Many friends asked me questions about this new project I mentioned yesterday, here's my answer: @IndiaPOCO @GlobalPOCOPHONE pic.twitter.com/MK9MZUz0Zy

The first phone from the new born company was Poco F1 (known as Pocophone F1 globally). Like OnePlus One, Poco opted for the top end SoC at that time aka Qualcomm Snapdragon 845 inside the F1.

Up to 8 GB of LPDDR4X RAM, 256 GB of UFS 2.1 storage, dual rear camera, 4000 mAh of battery with 18W Quick Charge 3.0 support – they delivered everything under fraction of similarly configured phones.

To be humble, Poco F1 had its fair share of disadvantages. Broken APN configs, battery draining, touch panel issues and tons of other glitches made this phone a center of attraction (!) for the Android community.

However, the company did not abandon their customers. Company executives like Alvin Tse, the head of Pocophone Global or C Manmohan, GM of POCO India are always in touch with the users.

Touch is fixed in beta, will be in the next stable. Working on improving battery life as well.

The latest addition in the list is Mi 9’s Game Turbo mode, including Game Toolbox 2.0.

The OEM also has a beta channel where users can participate and test upcoming features. The development team members consistently post weekly threads in the official subforum to gather user feedback.

Well, as I mentioned at the beginning, there are multiple unknown factors in the journey to establish a reputable brand. Poco is trying to solve them one by one by these small but effective steps.

The ultimate goal is to prepare the foundation of the upcoming phone(s) from the brand. The parent company’s (Xiaomi) shotgun strategy has already suffocated the market with truckload of phones. Being a unique one among them is tough, but not impossible.

When asking about the successor, Alvin usually prefers to dodge the queries.

But that move was not enough to resist Poco fans to storm the internet to discover hints about the Poco F2. Besides asking the almighty Quora community, they continue to come up with ‘innovative’ theories on future successor to the Poco F1.

@ishanagarwal24 i think they will definitely launch poco f2 next month.. coz when i purchased my poco f1 .. i purchased the buy back guarantee and their it was mentioned 14700 off on next poco device!!And my buy back will expire on 18th June... What do you think?😥 pic.twitter.com/JFeOQjyr6k

POCO F1 has not officially launched in China, & according to recent reports Redmi with SD855 is coming in May & POCO F2 will come in April-May. So is POCO F2 = Redmi with SD855?#Xiaomi #Redmi #POCOPHONEF2 pic.twitter.com/xHD0S4kxM7

The amount of hype, expectations and fan followings have already made the Poco F2 a clear winner, even before official existence!

We hope Poco is **not** trying to imitate Essential here. Sticking with a year old config definitely does not help in the tough competition. People are speculating about the next Pocophone (Poco F2?) since the arrival of Qualcomm’s yearly refreshed SoC.

With fake leaks as well as ambiguous hints, it becomes increasingly tough to theorize anything about the upcoming phone from Poco.

We know that Xiaomi and/or  Pocophone are working on a number of Snapdragon 855 powered phones. The things we don’t know are the internal marketing plan and release schedule of the successor to the Poco F1.

cepheus is the Xiaomi Mi 9, andromeda is the 5G Xiaomi Mi Mix 3, and raphael is another unknown Xiaomi Snapdragon 855 device.

Poco India is currently offering some crazy deals on the Poco F1. Ranging from flat price slash to exchange bonanza, the deals are kinda indicating the urge to clear the inventory.

A special offer for all you speed lovers. Get up to ₹5,000 off on exhange in @Flipkart Mobiles Bonanza sale. Buy now and avail additional 5% instant discount on @AxisBank credit card.

The offer you've been waiting for is here. #POCOF1 6GB + 128GB storage variant is now available at flat ₹20,999. Grab yours from https://t.co/DREiXVqBDe and @Flipkart. A limited period offer, buy now!

As a brand, Poco’s legacy is built entirely on the Pocophone F1. To be precise, it’s the same blend of features, configs, pricings, and last but not least – the rich community interactions.

When we created POCO Community, we wanted it to be more than just a discussion forum. This is our first step at creating a platform where tech enthusiasts can come together and create something new. Introducing POCO Game Development Academy where we create games together. #POCOF1 https://t.co/J81Q3AXHyq

Poco F2 may come eventually, but the OEM should not forget their heritage. That’s the missing variable in the winning formula!

While we do know something about the community expectations from the next phone from Poco, what are yours? Do comment below. 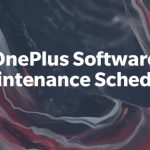