Smartphone gaming is the next big thing nowadays. Game publishers are continuously porting popular titles from the consoles and PC to the mobile platforms, thanks to the increasing capabilities of the CPU and GPU,

Cross platform multiplayer is another key factor that attracts majority of mobile gamers. Smartphone makers spotted the opportunity to bring ‘gaming’ phones to the masses. Looking at the sales figures, it seems that those RGB laden cyberpunk themed phones are performing pretty well.

Fortnite is way more fun when played with the Black Shark + Gamepad 2.0 😁

Black Shark was created out of Xiaomi as an independent subsidiary to produce gaming phones. Xiaomi, on the other hand, incorporated a couple of handy features for gamers in their in-house Android skin aka MIUI.

With the launch of Mi 9, Xiaomi introduced a dedicated ‘Game Turbo’ mode. According to the official description, the mode “predicts gaming scenes and intelligently allocates resources for complicated scenes”.

Are you a gamer? Get #Mi9.
RT if you want to turbo charge your mobile experience. #MakeItHappen pic.twitter.com/Gyg6J8xFbN

Sounds like a fancy shader pre-caching mechanism, isn’t it? They probably mix it with some CPU frequency tweaks so that a short phase of burst  provides better gaming performance.

The Chinese OEM also shipped a dedicated in-game toolbox that lets you see stats like CPU/GPU utilization and FPS counts. Moreover, there are options to adjust touch sensitivity. Xiaomi progressed one step further, and planned to backport these features to their one year older flagship – the Mi 8 Series. The news came from Li Weixing, the General manager of Xiaomi’s Internet division.

The internal plan, shared by Li, featured a number of smartphones besides Mi 8 lineup to receive the Game Turbo feature in subsequent months. Surprisingly Poco F1 (also known as Pocophone F1) was not present in the list.

Some Poco users reached out to Alvin Tse for his comments. Alvin, the head of Pocophone Global, did not give any ETA.

Still looking into it, can't confirm any datrs

Believe it or not, MIUI developers secretly integrated those features in the closed beta builds for Poco F1. When it became a not-so-secret news, Alvin embraced the company’s responsibility.

We always plan to improve the user experience even though it's already one of the highest rated flagships! #POCOF1 https://t.co/1qfTT8p8Ec

The latest global beta, i.e. MIUI 9.3.21 for Pocophone F1 has brought the Game Turbo mode as well as the Game Toolbox 2.0.

The beta is currently rolling to a handful of users, but thanks to Xiaomi Firmware Updater project, we can share the direct link of the OTA update zip.

The OTA changelog, however, does not say anything about the new features. Guess Xiaomi needs to hire a bunch of new copywriters. ?

Have you got the beta update on your Poco? Let us know by commenting below. 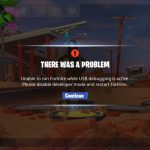