Xiaomi has confirmed that the Poco F1 Pie update included Ambient Display by mistake. In addition, the touch screen issue fix has also been rolled back. This and lot more in our latest Poco F1 coverage here.

We have collected a new wave of confirmations and updates from the company regarding Poco F1 issues. Head here to know more.

Now that the dust has settled down on the much hyped Xiaomi Poco F1 smartphone, the focus is slowly shifting on problems plaguing the device.

What’s good is that the Chinese company is actively communicating the progress on current Poco F1 issues.

Poco’s product head Jai Mani has been personally responding to complainants on Twitter ever since the budget flagship launched – you can read his first wave of replies here.

And now, Poco has provided another update on the ongoing problems and issues.

The biggest problem currently plaguing the Poco F1 is related to touch screen.

From ghost touches to multi touch issues, users – specifically from India – are reporting (1,2,3,4,5) all sorts of problems.

According to Xiaomi, the ghost touch problems revealed by the multitouch tester app don’t have anything to do with Poco F1.

The company says these issues were caused by the apps.

1.1 MultiTouch tester app revealed ghost touch issues: Some of these issues were caused by apps themselves. The issues we could solve are already solved for POCO F1. Stay tuned for the coming updates!

As for issues with multitouch gestures, the company says the problem is still being investigated.

We couldn’t confirm that those were the real causes of such behavior. Our engineers are still testing and analyzing these issues. You can help us by providing more info

Moving on, there’s also an issue with the PUBG Mobile latest version wherein the phone’s notch covers some of the content.

Xiaomi says they have reached out to the game developer and a fix is being worked on.

As for other issues, here’s the status update from the company:

5. “OK Google” is not working: Originally planned to release in next version, but as there is some stable issues so we need help to text on Open beta first, will integrate in the latest Open Beta, check the link here.

[Updated] Google may have officially confirmed Pixel 3 colors, and there's a surprise 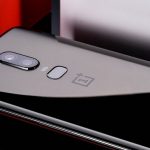