Well, well, look what we've got here.#POCOF1 kernel source code based on Android Pie is up.

Time to go bonkers! Check it out on @github: https://t.co/IndBGOwuTF

The Pocophone F1 or Poco F1 started receiving the Android 9 Pie update nearly a couple of weeks ago. While that was no doubt good news for those who were waiting for the update, it slowly came to light the update included several issues.

Firstly, the touch issue fix included in the POCO F1 pie update was rolled back. The company said they did this after a critical issue came to their notice.

And if that wasn’t enough, F1 users also complained about serious battery drain after the update, an issue which was officially acknowledged by the Poco team. Worse, the Pie update took away the ability to hide notch as well.

Adding salt to wounds, Xiaomi also mistakenly included an Ambient Display option in the phone’s settings after the Pie update, something which the company said will be removed in the upcoming updates.

But finally, there’s some good news for Poco F1 users. The next stable Android Pie build for the device should be released soon, and should fix all the major issues introduced by the first update.

Alvin Tse, who heads the Pocophone global division at Xiaomi has said that users can expect the next stable Pie build in early January. He took to twitter to make the announcement:

Merry Xmas to all POCO fans! Hope everyone had a great one! (The dev team in Beijing worked on Xmas day to try to bring everyone the next stable Pie build in early Jan. Should be a good release, fingers crossed!)

Merry Xmas to all POCO fans! Hope everyone had a great one!

(The dev team in Beijing worked on Xmas day to try to bring everyone the next stable Pie build in early Jan. Should be a good release, fingers crossed!) https://t.co/43E6unjhaW

Fingers crossed for early Jan so everyone can start 2019 in the best possible way!

Hi Mahesh, the next early Jan stable build should patch this. Fingers crossed.

It’s worth mentioning here that nothing is confirmed at the moment, but a word from head of Pocophone global is as close as it can get as of now. Here’s hoping the next Pie update gets released on time and all major issues that users are facing get fixed.

Rest assured, we’ll let you know as and when the update arrives, so keep a tab on this space. And until then, let us know in comments your experience with the Poco F1 Pie update so far. 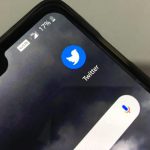 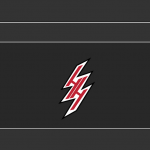