Last week, after the stable version of the Poco F1 Android Pie update was made available, Xiaomi acknowledged a couple of issues with the update.

Firstly, the company clarified the Ambient Display option got included in the build by mistake. And secondly, it confirmed the touch issue fix included in the update has been rolled back due a critical problem. If that wasn’t enough for a bad start, it now looks like the Poco F1 Android 9.0 Pie update has introduced a couple of problems as well. To begin with, users are complaining about faster battery drain, and in a major development, the Chinese company has said they are looking into the issue.

Alvin Tse, who is head of Pocophone Global at Xiaomi, confirmed this while replying to a complainant on Twitter.

Coming to the next problem, looks like the update has taken away the ability to hide notch as well. Several users are reporting this issue. Take a look:

@IndiaPOCO @POCOSupport can you please say me that why as soon as I updated my Poco F1 to the stable version of Android Pie, the option to hide notch disappeared. Its really problematic. Please refer me a solution as soon as possible.

After updating pie 9 version on poco f1. Screen notch display hide option not enabled. When it will be sorted out

Team Poco support confirmed the problem on Twitter, saying they are aware of it, and a fix is being worked on.

Hey Vineet, we are aware of this. We are working on a solution. Rest assured, we will have it solved in the upcoming updates

While the stable Pie update arriving with multiple problems isn’t good news for Poco F1 users, it’s good to see the company quickly acting on complaints. Here’s hoping these problems will get fixed for all Poco F1 users sooner than later.

Earlier this week, Xiaomi also shared latest updates on other Poco F1 features/bug fixes they’ve been working on. Here’s the crux of what all they shared in this regard: Following is the list of issues that have been resolved or features that have implemented:

Touch is fixed in beta, will be in the next stable. Working on improving battery life as well. 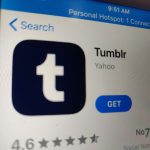 Is there something fishy going on with Tumblr App Store reviews?