In August last year, Xiaomi’s sub brand Poco entered the smartphone market with a splash when it launched the Poco F1 (or Pocophone F1, as it is called in some markets). One of the key selling points of the device was the combination of its cheap price and its specs.

Users were getting Snapdragon 845 SoC for under INR 20,000 (around $285) with some offers. This made the Poco F1 one of its kind at least in the Indian smartphone market. Everything fell in place for team Poco, and around 700,000 units of the F1 were sold in 3 months.

POCO means little in Spanish. Glad to see the POCO community has become so big globally in a matter of months. 🙏

Brand Poco was launched to take on the likes of Samsung, OnePlus, and vivo, and this was quite evident when team Poco trolled OnePlus during the OnePlus 6T launch with their #dothemath campaign.

Xiaomi has done the marketing right by placing banners #DoTheMath just outside the One Plus 6t lauch event. They are telling you that our phone is having almost same specs as the one plus 6t which cost 38k and our poco f1 costs 21k. Ads are coming on youtube also. pic.twitter.com/ITeXHRSskh

The phone – which recently got part 1 of a much awaited update – is into its seventh month now, and despite of some deal breaking issues it is plagued with currently, the excitement it generated around its launch is just refusing to die. For those who have been on the edge about purchasing the Poco F1, we have some good news for you….news that may be good enough to push you towards finally buying the smartphone.

The Poco F1 price has been officially slashed, making the device available for as low as INR 16,499, which translates into around $235 currently.

POCO days are live on @Flipkart and https://t.co/DREiXVqBDe. Get your favourite variant of #POCOF1 starting at ₹16,499. Buy now and get flat ₹1500 instant discount with @ICICIBank cards on Flipkart. This offer started on March 12 and runs through March 18, so you still have a few days at hand.

Is this a signal for Poco F2’s arrival?

While official discounts can be offered due to various reasons, there’s no denying the fact that one of those reasons is when the company wants to clear the inventory so that the next phone can be launched. This is what some users are speculating about this move from team Poco.

However, there’s no proof to back up this speculation at the moment. Though that’s not to say Poco F2 has not been in news at all. If I am not wrong, the Poco F2 rumor mill started back in December last year when Poco India GM C Manmohan tweeted about a #newPoco.

Last week's been crazy! #POCOF1 has won awards & appreciation one after the other and #Christmas seems to have come early! @MKBHD @TheMrPhone @91mobiles @AndroidAuth

But, that's not all.
I have a surprise for all of you. A #NewPOCO is coming. Can you guess when? 🍾

But the new device turned out to be Poco F1 Armoured Edition variant.

RT if you are excited and stand a chance to win exclusive POCO merchandise. pic.twitter.com/2lybWEY14a

Then the device was spotted on Geekbench, with nothing about specs to talk home about: But later, it was found that the listing was for the Poco F1 with modified name.

Then, in January this year, leakster and concept creator Ben Geskin came up with a Poco F2 concept, showing the device sporting an Essential Phone style notch:

And recently, the official Pocophone Global Twitter account came up with a tweet that contained an image showing a no-notch phone and back same as that of the Poco F1. The tweet was taken down shortly thereafter for reasons unknown, but we managed to grab a screenshot: 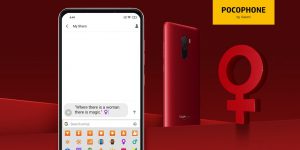 If this was indeed a Poco F2 design tease, it’s safe to assume the phone would sport either a slider or a pop-up camera design. The latter makes sense if you see rumors and speculations about the OnePlus 7 coming with a pop-up camera mechanism.

We like to draw the attentions of the readers to another interesting pattern: Xiaomi announced the Mi 6 around mid-April of 2017. Mi 8, the successor, was launched along with multiple variants in June 2018.

However, Xiaomi unveiled Mi 9 just a month ago, making Mi 8 one of the shortest living flagship. They did the same with newer Redmi Note lineup. Redmi Note 6 Pro (September/October 2018) succeeded Note 5 Pro (February 2018) in less than 7 months.

The Chinese OEM announced Redmi Note 7 Pro on 28th February, which was merely 4 months after the official release of Note 6 Pro in India (November 2018).

If Xiaomi decided to follow the same rapid release strategy, we should see Poco F2 sooner than expected.

Anyway, we recently also came up with a story highlighting in detail what Poco F1 users and Poco fans in general expect or wish from the Poco F1 successor. Here’s a list of features we collected:

Most requested specifications by fans

You can read the story in detail by heading here. 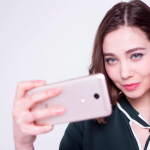