Pocophone, or Poco (as it’s known in India), is a sub-brand of popular Chinese company Xiaomi. Its first model was the Poco F1, which launched in August of last year, and was a stellar success in India as well as several other international markets. 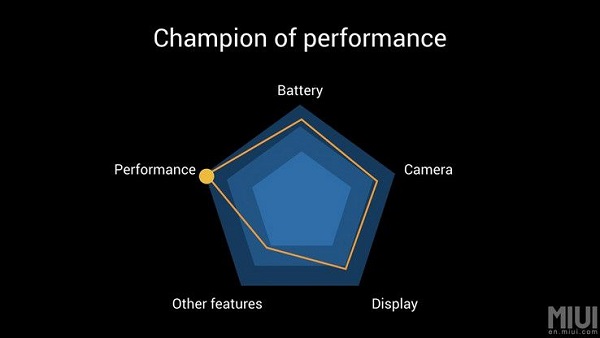 We’ve all seen devices that cost eye-watering amounts like the iPhone XS Max’s $1,300 or the Samsung Galaxy Note 9’s $1,100. Poco didn’t want to go down the same route, so what did they do?

They released a device that could match more than 80% of features of these devices at a jaw dropping price of just around $300 – yes $300. The Poco F1 also came with Liquid Cool Technology, in other words, a copper heat pipe with water droplets, to transport heat away from the CPU to a cooler part of the phone, in order to reduce the temperature of the device during long gaming sessions or intensive use. The only other well known device to use a similar cooling system is the Galaxy Note 9, a device more than triple its price.

Furthermore, the Poco F1 also came with facial recognition via an Infrared (IR) scanner which allowed the device to unlock based on the owner’s face even in pitch dark conditions. However, all this is effectively the past as Poco F2 rumors have started gaining steam now. And of course, you’ve also come here to know about the upcoming Pocophone F2. So let’s begin.

Below is a concept image of the Poco F2 by Ben Geskin, who’s known for publishing leaks and concepts related to mobile devices. If this turns out to be true, it won’t be wrong to say Poco design similarity with Xiaomi phones is akin to the way OnePlus devices inherit design from Oppo’s flagship devices.

Coming to Pocophone F2 specs expectations, listed below are requested specifications for the device by fans and current users of the Pocophone F1. These request were spotted in forums such as the MIUI forum as well as Reddit.

Most requested specifications by fans

There are multiple wish-lists for the Pocophone F2 going around, such as this video on YouTube with over 100,000 views.

Attached below is a screengrab of one of the numerous wishlists on Reddit: One redditor had a whole bucket list of things he’d like to see on the Poco F2 as shown below. There are also multiple polls and discussions on the MIUI forum regarding a Poco F2 wishlist of features.

Pocophone Global even had a discussion with their fans on Twitter regarding what they would like to see on the successor of the Poco F1.

1- A better aesthetically pleasing display with rounded corners like Mix 2.
2- More industrial design, with metal frame.
3- If adding 2nd camera, let it be an actual wide-angle or telephoto.
4- I am good with top/bottom bezels, over a notch.
5- Price it under 25K for base model.

There’s also a poll currently underway in XDA-Developers forum regarding the most wanted features in the upcoming Poco F2. The most wanted features based on multiple polls are NFC and an AMOLED display. The second most wished for feature is a waterdrop notch or the lack of one. Next, is the presence of device protection such as Gorilla Glass 6 or an IP Rating.

Additionally, fans would also love the device to come with a metal or glass finish, in order to achieve a more aesthetically pleasing and flagship like outlook. And lastly, some fans would also like a bigger battery, but that would come at the cost of a thicker and heavier device, with some fans more than happy to make that trade-off.

The above listed specifications include most of the wished for items by fans of Poco and would definitely make a lot of prospective customers very happy. Please note that the list above is unconfirmed and we will update this post as soon as we have any official information or credible leaks.

Although not many users are pointing this out, it’s highly likely that Poco F2 will be Widevine L1 certified out of the box. This is because Poco F1 didn’t come with L1 support at launch, and after popular demand, Xiaomi was forced to bring the support, something which happened recently.

Pocophone Global Twitter account has shared a women’s day tweet that contains an image showing a no-notch phone and back same as that of the Poco F1.

If you look closely, the image seems to be photoshopped or edited near the area where Poco F1 currently has a notch. If that’s true, it appears the company has tried to slip in the design of the Poco F2 here.

What do you think about this tease? Share your thoughts in the comments section below.

As you can see in the update above, the Women’s day tweet that we thought contained a subtle hint towards Poco F2 design has been silently deleted by the Pocophone Global Twitter handle. We’re not sure why this happened.

Thankfully, that image is also set as featured image for this story, so you can take a good look at it on the top of this story.