YouTube dropped this year’s Rewind video around 12 hours ago, and as is the case with these yearly videos, it has become one of the biggest news of the day. If you haven’t seen it already, take a look:

While there’s no doubt the production scale of the video is grand and quality is pretty slick, the general reaction of viewers, sadly, has been on the negative side. If you take a look at the number of likes and dislikes on the official video, you’ll see there’s a significant difference with thumbs down being far higher in number than thumbs up.

Like every other year the YouTube rewind was a fucking disgrace. The thumbs up to thumbs down ratio agrees. And where the hell was @pewdiepie Lol seriously. He holds the #1 spot over t-series and the rest of YouTube and wasn't featured. Smh pic.twitter.com/iWxNcwe8Lf

And if you take a look at reactions on social media platforms like Twitter, you’ll know most people aren’t happy as they say many other impact creating YouTubers are missing from Rewind 2018.

YouTube Rewind is a rare beast where every year the budget gets bigger and bigger meanwhile the quality deteriorates to something akin to a dumpster fire.

Me trying to find a positive comment on #YouTubeRewind pic.twitter.com/A5jh7DT0OC

Just 12 hours after premiering, YouTube Rewind 2018 is already one of the top 20 most-disliked videos in YouTube history

One of the biggest disappointments was the exclusion of PewDiePie, which as you may know, is the most subscribed channel on YouTube (although it’s currently in danger of being dethroned). We covered PewDiePie’s exclusion from Rewind 2018 in detail here. 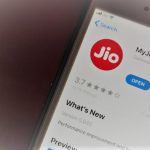 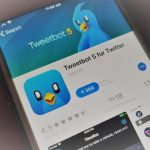